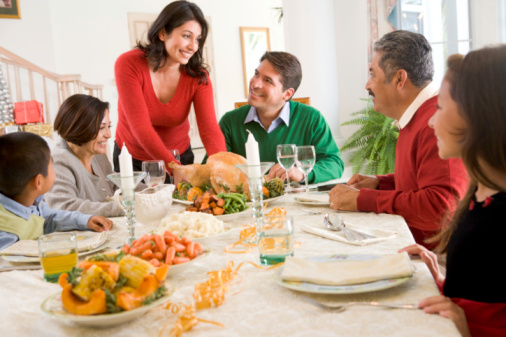 Approximately one-third of American adults are obese, which puts them at an increased risk for a number of diseases including diabetes and heart disease. Obesity is not caused by any singular factor. Instead there are multiple factors at play, one of which is genetics. Researchers are beginning to understand the genetic factors involved in obesity, and more recently, they have pinpointed how a specific genetic variation vastly increases an individual’s risk of the disease.

British researchers recently conducted a set of studies to examine why people who have two copies of a variant in the “FTO” gene are more likely to be obese. For the study, they asked 20 men (10 with the double FTO variant genes and 10 without) to rate how hungry they were before and after eating a meal. The researchers also took blood samples of the participants in order to assess levels of the hunger producing hormone—ghrelin. Since ghrelin is meant to regulate the appetite, levels of ghrelin typically rise before meals and fall after meals. Although this pattern occurred in the men without the double FTO variant, those who had the variant experienced high ghrelin levels even after eating a meal, and the elevated ghrelin levels caused them to feel hungrier sooner than the other men.

Real-time brain imaging scans also revealed that having the two copies of the variant FTO gene changes the way that a person’s brain responds to ghrelin. The scans revealed that neural responses in the brain region that regulate appetite were different in the group of men who had the double variation of the gene, causing them to be more sensitive to the presence of ghrelin. The brains of the men with the FTO variant also reacted differently to images of food, and these men rated pictures of high-calorie food as more appealing than the participant’s without the genetic variant. “Not only do these people have higher ghrelin levels and therefore feel hungrier, their brains respond differently to ghrelin and to pictures of food — it’s a double hit,” said lead author Dr. Rachel Batterham.

According to the study, approximately 17 percent of the population carries this specific genetic variation, and these unfortunate individuals have a 70 percent greater likelihood of struggling with obesity, than people who do not have it. Batterham believes that this gene may have actually served an evolutionary purpose. “For the majority of the time that humans have existed, food has been scarce. Having this genetic variant would have conferred a survival advantage,” she explains.

The researchers also used human and mice cells to pinpoint how the double FTO variant causes an increase in ghrelin levels. They discovered that the increased expression of the FTO gene, caused by having the double variant, unlocks the “genetic template” that produces ghrelin. Consequently, causes an increased production of the hunger producing hormone.”We’ve known for a while that variations in the FTO gene are strongly linked with obesity, but until now we didn’t know why,” says Batterham. “What this study shows us is that individuals with two copies of the obesity-risk FTO variant are biologically programmed to eat more.”

If you are currently suffering with obesity, don’t despair, because previous studies have found that ghrelin (and therefore persistent hunger) can be reduced by eating a high-protein diet. Moreover, a high-protein diet has long been recommended for those with weight loss goals in mind. High-protein foods include chicken, fish, and egg whites, among others. It is important to remember, however, that genes are just one of the many contributing factors to obesity, and you can overcome obesity with dietary and lifestyle modifications – even if you do carry the ‘obesity’ genes.