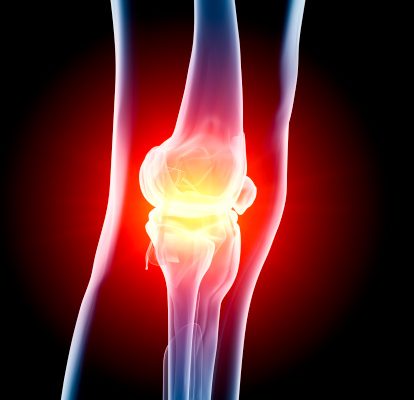 For years scientific researchers have been investigating the relationship between our stomachs and our auto immune system. Today they say there is evidence bacteria in our abdomens can trigger auto immune diseases like rheumatoid arthritis.

Thousands of people are stricken in the prime of their lives with arthritis; it is not just the elderly that suffer from it. Stiffness, fatigue and widespread muscle aches are the main characteristics of the disease. Sometimes the joint stiffness associated with arthritis can be crippling.

Researchers at the famed Mayo Clinic, along with the University of Illinois Urbana-Champaign believe that stomach bacteria could lead to diseases like arthritis in people who are genetically predisposed to the condition. The team of scientists explained that the human body contains at least 10 trillion cells but that bacteria in the intestines outnumber those human cells 10 to one. The researchers discovered that both hormones and aging further aggravate the stomach and immune system and can add to inflammation in people who are susceptible to conditions such as arthritis.

Some medical experts now say the key to avoiding joint stiffness and conditions like rheumatoid arthritis could be to find ways to balance the level of bacteria in the stomach.

This link between arthritis and stomach bacteria makes sense to many people in the scientific community. Back in the spring of 2010 researchers at Harvard Medical School conducted an examination of bacteria in mice. They discovered that while bacteria didn’t cause arthritis, it did make the mice more susceptible to it. They concluded that bacterium creates an environment that allows the genetic susceptibility to be carried out. The researchers who worked on this particular study also found a connection between stomach bacteria and irritable bowel syndrome; however, they indicated that the most prevalent feature was inflammation and joint stiffness, as well as other symptoms of arthritis.

Septic Arthritis and What it Means

There are several different types of arthritis. One type of arthritis has always been associated with bacteria. It is called Septic Arthritis. This disease occurs when bacteria spreads through the bloodstream and into a joint. Most cases are caused by common bacteria staphylococcus or streptococcus. You are at risk of getting septic arthritis if you have one or more of the following:

• Bacterial infections somewhere else in your body

• Chronic illness such as diabetes or sickle cell disease

• Medications that suppress the immune system

Joint stiffness, joint swelling and pain are common with septic arthritis. The stiffness and other symptoms tend to come on rather quickly so it can be startling to people. It usually attacks just one area or one joint in the body, whereas other forms of arthritis can attack and then spread to various parts of the body. Septic only travels from one joint to the other if it goes untreated for a long period of time.

Unlike other forms of arthritis, Septic Arthritis is curable if the patient gets quick and proper care. Treatment can not only take care of the annoying stiffness, it can prevent the disease from spreading to other parts of the body.

There has been some evidence that people who work with animals, plants and marine life are more susceptible to the disease-producing germs. This is due to the fact that the animals and materials they work with carry the germs. Having said this, a wide population can be exposed to the bacteria. For this reason rheumatologists are always promoting good hygiene and germ control.

If you already suffer from arthritis you know how the stiffness and swelling of joints can be debilitating. For some people the stiffness alone makes it difficult to carry out normal activities; even getting dressed can be hard for those who have severe rheumatoid arthritis. Taking precautions like avoiding bad germs in one step towards protecting the human body, another step will be for scientists to find ways to balance that bad bacterium when it does enter our bodies.