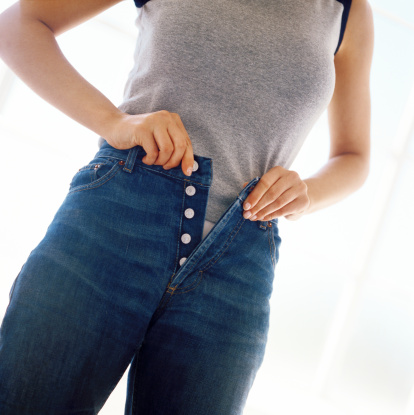 Are you a proud night owl? Do you find yourself crawling into bed late when your friends and family are already lost in dreamland? Do you wake up exhausted, hitting the snooze button again and again?

If so, you may want to pay attention to the compounding research studies regarding sleep and weight gain. The study shows that if losing weight is your goal, you should invest in a good mattress and a sleep mask. The report revealed that healthy adults who go to bed late and regularly get insufficient sleep may be more likely to gain weight. Though being overweight isn’t a result of lack of sleep alone, sleep deprivation can certainly contribute to being overweight.

Late-Night Snacking Linked to Being Overweight

The amount of sleep the subjects were getting was directly correlated to how much snacking they did. Subjects who slept later consumed more calories, tending to reach for late-night meals and snacks. Not only did this compound the number of calories these subjects ate, but also increased the number of calories from fat, as the late-night snacks tended to be higher in fat than other snacks eaten during earlier times of the day. People have a tendency to throw caution to the wind and eat foods they may not permit themselves to eat during the day – when they’re more mindful of meeting their lean living goals. Simply put, this results in sleepier, more overweight men and women (and it sure isn’t easy to hit the gym or the pavement the day after a poor night’s sleep).

Interestingly, the study showed that sleep-restricted males are more likely to become more overweight than sleep-restricted women (but don’t let that fool you into feeling guilt-free when you go to sleep late, ladies!).

If you’re overweight or simply interested in living a leaner, healthier life, here are a few tips on how to avoid late-night snacking.

3 Easy Tips to Stop the Pattern of Weight Gain

1. Don’t skip dinner. No, we aren’t encouraging you to have an unhealthy or overly large dinner meal. But, in order to try and make dinner the last meal of your day, make sure that it’s a nutritious one, with a lean source of protein and plenty of water-filled, fibrous vegetables. Also, opt to eat your dinner earlier in the evening, trying to finish no later than 7pm, so that your body has plenty of time to completely digest your food before you lie down in bed.

2. Replace dessert with a piece of fruit. Midnight snacks are often driven by a desire for something sweet. Satisfy that craving with a sweet fruit, like blueberries.

3. Drink herbal tea. Having a cup of hot caffeine-free herbal tea can put you in the sleeping spirit without adding any calories to your diet! Decaf green tea is a good choice as it contains theanine, which will help you sleep, and chamomile tea and ginger tea are also calming sleeping aids.

If you’re overweight or simply want to improve your lean living routine, make sure to get to bed earlier rather than later. Getting more sleep will not only help keep you trimmer by avoiding late-night snacking, but will also give you more energy to be alert and active throughout your day, contributing even more to weight loss.