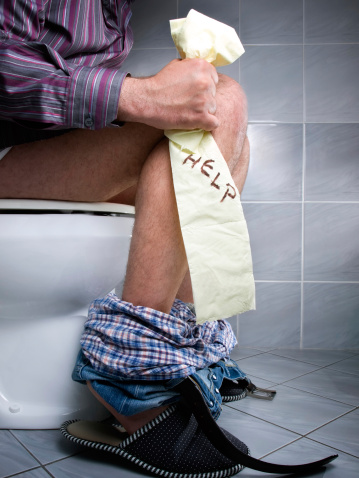 Probiotics have gained widespread popularity over the past decade, and deservedly so. The benefits of probiotics are far reaching – they have been found to help boost immunity, treat digestive issues, allergies and skin disorders, and reduce cholesterol levels, depression and anxiety. Probiotics are also an ideal adjunct to antibiotic therapy, and researchers at the Cochrane Collaboration organization have found that taking probiotics may prevent antibiotic associated side-effects, such as diarrhea.

Although natural health practitioners generally discourage the use of antibiotics, there are instances when antibiotics are absolutely essential and taking them can mean the difference between life and death. The problem with antibiotics is that they don’t just kill unhealthy bacteria; they also kill beneficial bacteria in the gut. Beneficial bacteria are required to keep the unhealthy bacteria in check, as well as to boost immunity and digestion. The depletion of healthy bacteria caused by antibiotics often leads to an overgrowth of harmful C. difficile bacteria and other bacteria. Consequently, it may also lead symptoms  such as diarrhea and colitis.

Scientists from the Cochrane Collaboration organization analyzed data from 4,213 adults and children who were on antibiotics. According to the data, only 2 percent of the patients who were given probiotics in conjunction with antibiotics had developed C. difficile-associated diarrhea (CDAD). This was compared to the 6 percent of patients who were not given probiotics. Taking probiotics had resulted in a 64 percent reduction in diarrhea, and had also led to a reduction in other reported antibiotic side-effects, such as nausea and stomach aches.

“In the short-term, taking probiotics in conjunction with antibiotics appears to be a safe and effective way of preventing diarrhea associated with Clostridium difficile infection,” states lead researcher, Bradley Johnston of The Hospital for Sick Children Research Institute in Toronto, Canada. “The introduction of some probiotic regimens as adjuncts to antibiotics could have an immediate impact on patient outcomes, especially in outbreak settings. However, we still need to establish the probiotic strains and doses that provide the best results, and determine the safety of probiotics in immune-compromised patients.”

This discovery is important because C. difficile-associated diarrhea is both difficult and expensive to treat, and it also can be fatal. According to Dr. Johnston, “implementing the appropriate dose and strains of probiotics in hospitals could provide cost savings and improve quality of life.” It should be noted, however, that probiotics did not reduce the number of people infected with C. difficile; rather, it reduced the dangerous symptoms associated with the infection.

Probiotics are cost effective, easy to take, and readily accessible. They are the perfect antidote to antibiotics because they help to replenish the healthy bacteria that antibiotics kill off in the gut. Even if you are not on antibiotics, it is still wise to consume probiotics regularly as a part of a healthy lifestyle. Probiotic supplements can be found online and at health food stores around the country. Consuming probiotic rich foods regularly is also beneficial, and some of the best sources include yogurt, kefir, kimchee, miso, sauerkraut, tempeh, pickles, kombucha tea and Spirulina.

Related Reading: Kefir: Tart, tangy and so many health benefits