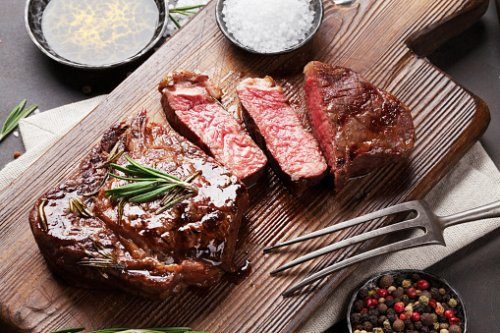 How do you take your meat? Rare, medium-rare, or well-done? You may base your cooking on flavor, but maybe you should consider the impact of how you eat your meat on your blood pressure.

The American Heart Association has suggested that cooking meat at high temperatures could pose a risk to your health. And this applied to all meat including lean options like chicken. They suggest that cooking meat well-done could up your blood pressure.

The study followed over 100,000 people who recorded their cooking methods and blood pressure over the course of 12 to 16 years. The researchers found that participants who consumed at least two servings of red meat, chicken, or fish per week had a higher risk of blood pressure by nearly 15 to 17 percent based on cooking factors.

High blood pressure was also seen in those who consumed grilled, broiled, or roasted meat more than 15 times per month compared to those who consumed it less than four times per month. This is related to the consumption of heterocyclic aromatic amines (HAAs), which are chemicals in the meat when cooked at high temperatures. High consumption of HAAs was associated with a 17 percent higher risk for high blood pressure.


The researchers aren’t suggesting that well-done meat will result in high blood pressure but rather want to make individuals aware of the risk that their meat preference and cooking style could have on their health.

When it comes to blood pressure, there are many contributing factors to look at aside from diet. For example, physical activity, stress, weight, genetics, family history, smoking, and drinking habits all play a role in a person’s hypertension risk.

It’s recommended that you not only eat a variety of foods, but cook these foods in a variety of ways like baking, stewing, slow-cooking, and sautéing.