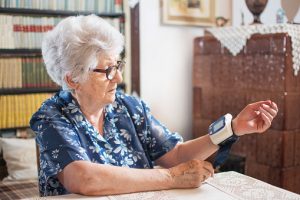 Researchers found that a mild difference of less than 10 mm Hg for systolic blood pressure is not clinically significant, but differences greater than 10 mm Hg could be indicative of early mortality.

The researchers reviewed data from seven previous studies that specifically examined mortality rate in patients with systolic blood pressure differences between arms. The study involved 17,439 participants. During the follow-up period, 693 deaths occurred as a result of cardiovascular events.

Mortality risk was 58 percent higher in those participants with blood pressure differences over 10 mm Hg, compared to those with differences less than 10 mm Hg.

The study also concluded the following:

Aside from the differences in systolic blood pressure, there are many other factors that contribute to cardiovascular disease. You should control these other risk factors in order to reduce your risk of cardiovascular disease and early mortality. Preventative measures involve reducing stress, losing weight and managing a healthy weight, reducing your alcohol intake, not smoking, eating a healthy and well-balanced diet, reducing your sugar intake, and exercising regularly. These lifestyle habits can go a long way in improving your health and protecting your heart in the long run.

Blood pressure differences when lying down, standing up, and sitting