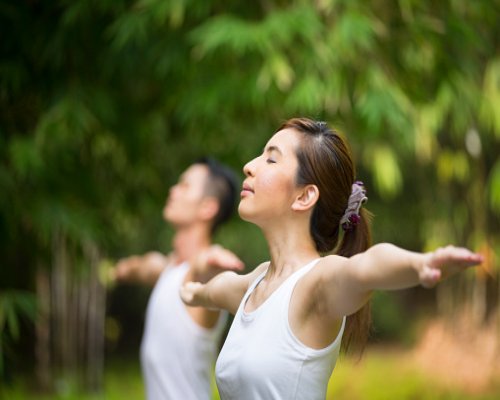 Tai chi for arthritis is an alternative form of exercise that has been known to relieve pain and improve flexibility and balance. Instructors contend that anyone at any age can practice this century old Chinese martial art. In fact, most people can learn the basic tai chi for arthritis movements in just eight to 12 lessons.

Many people who practice tai chi like it so much that they continue doing it for years. Some of the world’s leading instructors suggest that this is because it’s easy to learn and has many benefits, even though it’s a gentle exercise.

Like other forms of exercise, tai chi involves different levels. Tai chi for arthritis is said to have a unique ability to grab people’s interests, so a large number of newcomers to this form of exercise tend to stick with it.

Tai Chi and Its Effect on Rheumatoid Arthritis Patients

Rheumatoid arthritis is a progressive disease that causes inflammation to the joints and leads to painful deformities in the fingers, wrists, feet, and ankles. For many RA sufferers, mobility becomes an issue. There is some evidence to suggest that tai chi for rheumatoid arthritis is helping extend mobility for many people.

There has been a lot of research into exercise and rheumatoid arthritis. Since the mid-70s, extensive studies have demonstrated that regular exercise plays an important role in improving function in people who have RA.

At the same time, it has been noted that high impact exercise can actually cause further joint damage. The American College of Rheumatology (ACR) recommends physical activity as opposed to impact sports.

One study led by experts at Tufts-New England Medical Center looked at whether 12 weeks of tai chi would be a good additional therapy for patients suffering from RA. Until this point, tai chi for rheumatoid arthritis had not been well studied.

During the study, the most popular style of tai chi – Yang – was used. The participants were split into two groups: a tai chi exercise group and a control group. The control group was provided with information about nutrition for RA, while the other group actually took part in tai chi.

After 12 weeks, 50 percent of those doing tai chi received a 20 percent ACR response. ACR is the standard criteria to measure the effectiveness of arthritis treatments in clinical trials for rheumatoid arthritis. The control group response was O percent.

Those who received an ACR 20 reported improvement in joint tenderness and joint swelling. Overall, the tai chi group improved in 25 other categories of effectiveness; however, the control group only improved in a limited number of secondary outcomes.

The study results seem to suggest that tai chi is a safe therapy for adults with rheumatoid arthritis. Additionally, the findings support the idea that tai chi does not further damage joint symptoms.

There are five major styles of tai chi. The Sun style tai chi for arthritis is appealing because it involves smooth, flowing movements and not vigorous or quick moves like some other styles.

Benefits of Tai Chi for Arthritis

There are many benefits to tai chi exercises for arthritis, including improved flexibility, which helps keep a person mobile; better muscle strength to help keep the joints stable; as well as overall improved fitness, since it can strengthen the heart and lungs to boost stamina.

Tai chi exercises for arthritis tend to be effective because the practice helps people relax. A 2007 survey by the National Institute of Health indicated that more than 2.3 million Americans participant in some form of tai chi.

Here’s a look at the many benefits of tai chi:

During a study involving geriatric patients, the slow-motion tai chi Chuan was evaluated as a potential health-related fitness practice. Seventy-six seniors took part in the study – some did Chuan while others were part of a control group.

The tai chi Chuan group also seemed to gain greater flexibility and had a lower percentage of body fat compared to the control group. All of this suggests that tai chi benefits the elderly population as it can serve as an effective conditioning exercise.

While there are many different tai chi exercises for arthritis, we have listed a few popular routines below.

Principles of Tai Chi for Arthritis

There are ten principles associated with the practice of tai chi, but three of them are of particular importance when it comes to using this form of exercise for arthritis. Those principles are related to movement, body, and unity of the internal and external.

Movement principle: It may seem odd at first, but before long, those new to tai chi will understand what it means to seek stillness in movement. When doing tai chi, there is always a state of tranquility. Some people compare it to the eye in the center of a storm. With this perspective, it is easier to focus on what you’re trying to accomplish.

Body principles: The unity of the upper body and the lower body is important in tai chi. Unity begins with the feet being rooted from the earth then bringing that connection up through the legs, directing it to the waist, and then onto the shoulders while still allowing energy to flow through the hands. The body has to be relaxed so energy can flow through.

Internal and external principle: This means that the mind, body, and breath come from one single focus. The mind is considered the spirit and commander of the body, while the body follows and responds without distraction. When there is no interruption, it is effortless.

Although tai chi doesn’t seem aggressive, it is a powerful exercise. Originally developed as a self-defense discipline and to promote inner peace, tai chi is now richly researched as more people are reporting health benefits, including arthritis sufferers.