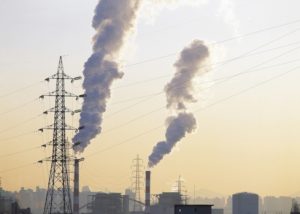 When it comes to high blood pressure – hypertension – there are many factors that can cause your numbers to soar. Salt intake, stress, old age, smoking, extra weight, lack of physical activity, genetics, alcohol consumption, sleep apnea, and kidney disease are all common causes of high blood pressure, but a new study has found another one, which may surprise you.

The new study conducted by researchers at Guangdong Provincial Institute of Public Health in China have found strong ties between air pollutants and high blood pressure. Previous studies have examined the link between air pollution and blood pressure, but the new study aimed to confirm those previous results, which were believed to be controversial.

The study found that high blood pressure was significantly associated with short-term exposure to sulfur dioxide (SO2), which is a product of burning fossil fuels and particulate matter (PM) commonly found in the air – in dust, dirt, and smoke. There was even a greater association between high blood pressure and PM 2.5, which are particles smaller than a speck of dust and are the most hazardous forms of air pollutants.

On the other hand, there were no significant associations found between short-term exposure to ozone and carbon monoxide and high blood pressure, but the researchers suggest these pollutants need further study.

Lead author of the study Tao Liu commented, “In our analysis of 17 previously published studies, we discovered a significant risk of developing high blood pressure due to exposure to air pollution. People should limit their exposure on days with higher air pollution levels, especially for those with high blood pressure, even very short-term exposure can aggravate their conditions.”

Researchers are now working to further their research as a means of influencing air pollution policies.

Unfortunately, we cannot avoid pollution entirely as it is all around us, but there are ways you can limit your exposure to ensure you keep your blood pressure numbers in check. Here are some tips to help you minimize your exposure to air pollution.

By following these tips, you can better help reduce your exposure to air pollution.