Home » Colon And Digestive » Surgery for gallstone pancreatitis may be unnecessary: Study 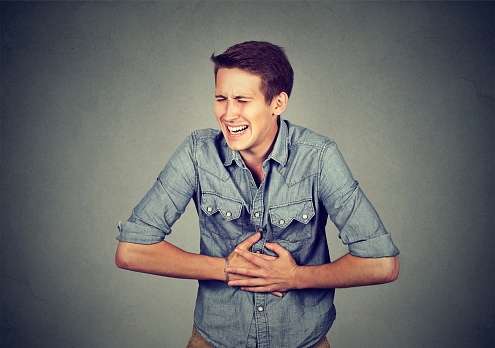 The majority of people who have had the misfortune of experiencing gallstones will agree that it can be excruciatingly painful. Severe pain is the result of hardened digestive fluid deposits or “gallstones” in the gallbladder that lodge into the existing duct, causing a blockage. This can result in the following symptoms:

The gallbladder is an important structure involved in the release of bile into the small intestine. This bile aids in the breakdown of fats into the diet. Many ducts of other vital organs are connected to the gallbladder and may become compromised if a blockage of the gallbladder were to occur, including the liver and the pancreas. Treatment methods use medications to help dissolve gallstones, but this may take months or years, and no patient wants to endure pain for that long, making this a least common option. Surgery to remove the gallbladder within 30 days prevents recurrence, and redirecting bile to flow directly from the liver to the small intestine is often performed.

According to a new study, however, surgical removal of the gallbladder may not be necessary for gallstone pancreatitis—where the gallstone get stuck in a duct in the pancreas. This form of blockage can prevent pancreatic enzymes from leaving the pancreas, which is needed for normal digestion in the small intestine, leading to inflammation and pain, according to the American College of Gastroenterology.
The study in question included more than 17,000 cases of gallstone pancreatitis in the United States, occurring between 2010 and 2013. All participants were under the age of 65 and had private insurance. Research showed that of the 78 percent who had their gallbladders removed within the recommended 30 days of their initial hospitalization, less than 10 percent of them returned with pancreatitis.

Of the remaining 22 percent of patients (3,700) who did not have their gallbladders removed in the initial 30 days, about 1,200 of them had them removed within six months, and nearly 2,500 patients had the gallbladder removed after four years. Researchers are not sure why some patients who didn’t initially undergo gallbladder removal had pancreatitis recurrences while other didn’t, demonstrating that surgery did not completely eliminate the risk. Admittedly, the researchers of the study stated that more research on the matter is required.

“These findings tell us that there may be a way to avoid gallbladder removal surgery,” said principal investigator Susan Hutfless, an assistant professor of medicine at Johns Hopkins University School of Medicine in Baltimore.