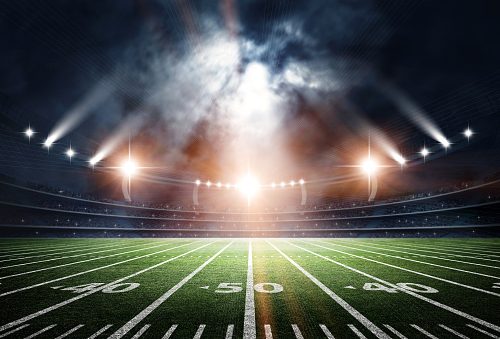 This Sunday, millions of football fans will be gathering to watch the New England Patriots take on the Atlanta Falcons in Super Bowl LI, though some studies show that getting together for the big game could prove to be detrimental for your health. The combination of junky Super Bowl foods like beer and wings coupled with the exposure to large groups of people who may be carrying a contagious illness can wreak havoc on your immune system. Continue reading to find out how Super Bowl Sunday can harm your health.

A 2016 study from Cornell University found that the areas whose teams advanced to the Super Bowl saw an 18 percent increase of flu-related deaths in adults 65 and older. Inviting over friends or going to a bar for the game crams people into close quarters, and when you share your personal space, you also share your germs. Everyone grabbing for the same chip bowl or napkin pile can leave behind bacteria that is easily transferred to the next person, resulting in a flu outbreak that could prove fatal for those with weaker immune systems.

Super Bowl can affect your heart

Your immune system isn’t the only thing at risk during the big game. The emotional stress experienced by some die heard fans may increase their risk of suffering a heart attack, according to a study conducted by Los Angeles-based cardiologist Dr. Robert Kloner. He noted that the risk of death due to heart attack rose 22 percent in Los Angeles in the year 1980, when the LA Rams lost the Super Bowl to the Pittsburgh Steelers in an extremely close and stressful game. In comparison, the LA Raiders’ easy 1984 Super Bowl win over the Washington Redskins saw the risk of fatal heart attacks lowered.

While most can handle the level of emotional stress that goes along with a high-profile sporting event, those who have pre-existing heart conditions should be mindful while watching the game and recognize if they are getting too worked up so that they can remove themselves from the situation, calm down, and prevent the risk of suffering a cardiac event.

Super Bowl foods: Watch what you eat and drink

Consuming foods high in fats, sodium, and sugars can cause temporary spikes in blood pressure, and while this may not be too problematic for someone who has no underlying health conditions and maintains a healthy, balanced diet for the majority of the year, those with issues such as obesity, diabetes, and heart conditions need to be more careful. For example, a study from the 2000 American Heart Association conference found that your risk of suffering a heart attack quadruples two hours after consuming a large meal.

While the Super Bowl is an exciting event for many sports fans across the country, it comes with its own set of health risks. Ensure you are washing your hands frequently if you’re at a bar or party to help prevent catching an illness like the flu, and if you have pre-existing heart conditions, be mindful of your stress levels while watching the game. Also, try to be aware of what you eat and drink—one day of overindulgence may not be the end of the world, but it can cause serious complications in those with medical conditions.

Sex before a sports competition not harmful to the game