Home » Diabetes » Sugar Levels and the Strange Effect on Women 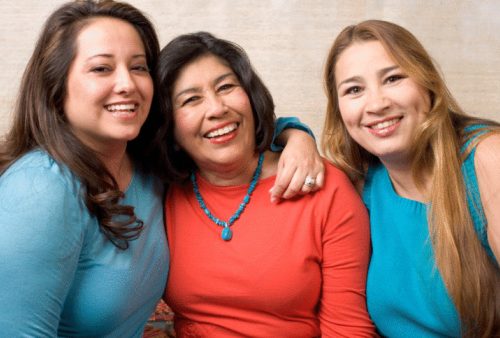 One of the most highly recommended measures that health groups promote to live longer involve leading a healthy lifestyle, including eating the right food items.  Fruits and vegetables are considered as very nutritious food items because these contain vitamins and minerals that may assist in various biochemical reactions of the body.  Fruits and vegetables also contain antioxidants, which are molecules that combat free radicals that can inflict damage to cells.  Fiber is also present in most fruits and vegetables, supporting bowel movement and colon health.  To live longer, regular exercise and sufficient rest are also important factors to consider.

In terms of proper nutrition, controlling blood sugar may also improve an individual’s chances to live longer.  Elevated blood sugar has been strongly linked to the development of diabetes mellitus, which is an endocrine disorder that requires strict control of starchy food items to prevent further damage to the body.  For some individuals positively diagnosed with diabetes mellitus, a daily injection of insulin is required to help the body decrease one’s level of blood sugar.  For others, a strict diet that is low is sugar, without insulin injections, are recommended.  It is therefore important to visit a doctor to determine the actual condition of a person in terms of how to address this endocrine problem.

According to a recent medical report published in the journal Obstetrics and Gynecology, the occurrence of diabetes mellitus may also affect a woman’s sexual function, especially those at their middle to older adult years.  For years, most of the reports on the relationship between sexual function and elevated blood sugar focused on males, as a comorbidity in reports on sexual dysfunction caused by other medical conditions, such as prostate cancer and erectile dysfunction.  The authors of the medical report were thus prompted to examine whether such issues regarding sexual function occurred among women.

The results of the study showed that the women with diabetes mellitus who were taking regular insulin shots showed a higher number of complaints regarding their sexual activity, as compared to those women with diabetes mellitus and not taking insulin shots or non-diabetic women.  The complaints regarding poor sexual function included a difficulty in lubrication during sex, and a lower chance of having an orgasm.  These reports may thus affect the quality of the women’s sexual activity, which may also influence their relationship with their partners.

The study also showed that aside from the women with diabetes mellitus are also more likely to develop further complications such as heart disease and renal dysfunction.  These additional medical conditions may also influence a woman’s capacity to enjoy sex, aside from the common complaints that were caused by their elevated blood sugar.

This recent medical report shows an additional factor that needs to be addressed by both physicians and patients with diabetes mellitus.  It may still be possible to improve the quality of sexual activity amid diabetes mellitus, possibly through the control of the disease to prevent further deterioration of the body.  It is also important to follow a healthy and nutritious food regimen that will maintain the basic physiologic functions of the body, thus possibly increasing the chances to live longer.