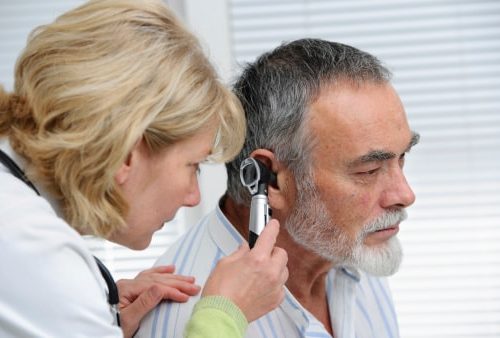 The sudden loss of hearing (idiopathic sudden sensorineural hearing loss) is a rare condition, affecting approximately 20 people out of every 100,000. It is characterized by an unexplained hearing loss that occurs over a period of 72 hours.

Patients who suffer from this condition are often the victims of permanent hearing damage. Because of this, it is speculated that people who experience idiopathic sudden sensorineural hearing loss (ISSNHL) could be at an increased risk for developing mental health issues.

The relationship between sudden sensorineural hearing loss and mood disorders, such as depression, anxiety, and bipolar disorder has not been fully explored, however. In a new study, researchers sought to determine whether this association truly exists and which affective disorders sudden hearing loss patients are most at risk for.

The researchers used a sample representative of the national Korean population. The experiment used data from 2002 until 2013 on 8,500 patients, 1,425 with sudden sensorineural hearing loss. Data was collected from the Korean National Health Insurance Service database, which holds the data of one million patients.

In the control group, these patients represented 10.3 percent of the population. After adjusting for other factors, the results showed that there was a clear increase in the incidence of mood disorders in the participants with ISSNHL versus those without.

Out of the mood disorders that were measured, there was a significant difference between likelihood of diagnosis among them. The participants with ISSNHL were much more likely to develop either depression or anxiety over the course of the study. They were far less likely to develop bipolar disorder, although this may be related to the brain chemistry involved in the development of this disorder and the fact that it generally develops in childhood or early adulthood.

The researchers believe these findings could have serious implications for the treatment plans of patients with ISSNHL. Medical practitioners should be taking the results of this study into consideration and monitoring patients for affective disorders, especially depression and anxiety, throughout the course of treating ISSNHL in patients. Depression and anxiety can have damaging effects on the quality of life patients can experience and should be taken seriously as potential side effects of undergoing sudden hearing loss.

This study was the first to measure affective disorders in relation to ISSNHL, and as such, it has several limitations. The data the researchers used for their analysis did not include information on the severity of the patients’ hearing loss or rehabilitation measures. This could have an effect on the number of patients diagnosed with affective disorders, as patients may have experienced varying levels of quality of life depending on the severity of their diagnosis.

Future research will need to examine the role this may play in the likelihood for ISSNHL patients to develop affective disorders.