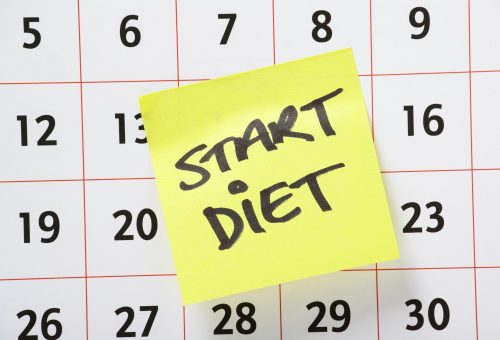 Have you ever noticed that on the weekends, you have a lot more time to go out and eat a chili cheese dog or buttered popcorn? Maybe a flavored milkshake or two — or three.

These kinds of end-of-the-week splurges aren’t exactly harmful for you. But to lose weight or maintain your fine form, it’s important to remember that there are weight loss cycles in the same way that there are sleep cycles. Invariably, everyone sheds some pounds during the week, but it’s how much we lose during this period that matters, according to new research.

In a study conducted by Cornell University, the VTT Technical Research Centre of Finland and Tampere University of Technology, researchers set out to discover whether or not weight fluctuation is dependent on the days of the week.

For the study, 80 adults, ranging in age between 25 and 62-years-old were categorized according to their relative weight changes: weight losers, those who experienced a three percent weight loss; weight gainers, those who saw a one percent weight gain; and finally, weight maintainers. After having breakfast each day, these individuals were asked to weigh themselves, but only measurements recorded over at least seven straight days were accepted as part of the analysis. The minimum follow-up time was 15 days and the maximum was 330 days.

Regarding the weekly weight fluctuation among the participants, the study showed higher numbers after weekends – Sunday and Monday – and lower ones during the weekdays – the lowest weight reached on Friday. Researchers found a difference between weight losers and weight gainers during this time, too.

Weight losers, for instance, exhibited a stronger compensation pattern. In other words, after the weekend, weight decreased almost immediately and continued to do so until the Friday, whereas weight gainers showed more variation between days and no decrease during the weekdays. Meanwhile, almost 60 percent of weight losers reached the week’s maximum weight on Sunday and Monday and the week’s minimum weight on Friday or Saturday.

Among weight gainers, a similar pattern was not evident. Although minimum and maximum weights were evenly distributed throughout the week, they did not systematically appear on certain days, according to researchers. Safe to say that weight gainers are steadily packing on the pounds, weekend blowouts included, and need to look at making changes to their everyday eating and exercise habits to lose weight.

Based on their results, it’s now even fairer to say that everyone’s weight follows a predictable rhythm every week. You are likely to weigh the most on Sunday night and weigh the least first thing Friday morning. So remember: Controlling your weight is more likely to be successful over time if you simply allow for these short-term indulgences while working that much harder to lose those pounds straight after!