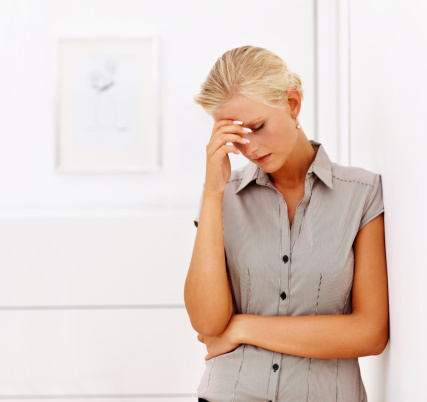 Many people suffer from bouts of depression throughout their lifetime. It can be brought on by a major life event, such as a death, divorce, sudden job loss or a health problem. When depression becomes chronic, it can be crippling.

While suicide prevention is a priority when it comes to mental health issues, research suggests another area of concern: Depression may accelerate the body’s natural aging.

RELATED READING: Low Intake Of This Vitamin Could Lead You To Depression

The Link Between Depression And Aging

In March 2011, the medical journal, PLoS One, published a study from the University of California, which indicated depressed individuals have accelerated cell aging.

The research team examined the aging of the immune system through the measurement of shortened telomeres in the immune cells retrieved from blood. Telomeres are tiny units of DNA protein that seal off and protect the ends of chromosomes. They act as a biological clock to control a cell’s life. The length of telomeres, or telomere shortening, helps indicate whether or not there will be early onset of age-related diseases and, ultimately, earlier death.

During the study, the team looked at people with major depression who were not taking antidepressants, and compared the length of their telomeres to individuals who were not depressed. People who suffered with depression for more than nine years and were untreated showed significant telomere shortening, even after taking chronological age factors into consideration. The untreated group demonstrated approximately seven years of accelerated cell aging.

Telomere shortening has been associated with higher amounts of inflammation as well as oxidative stress. The authors of the study suggest that this could lead to an increased risk of physical disease.

A recent study conducted in the Netherlands lends support to the idea that depression can contribute to the aging process. Over 2,000 people took part in a study conducted by VU Medical Centre that looked at the structure of telomeres. In this study, published in the November 2013 issue of Molecular Psychiatry, researchers also took lifestyle factors into account, including eating, heavy drinking and smoking habits.

Findings showed that the difference in telomere length between those individuals suffering from depression and those who did not suffer from depression was apparent: The most severely depressed had the shortest telomeres.

Aging And Your State Of Mind

As some medical experts have pointed out, aging itself can lead to depression and therefore speed up a process of cell decline that has already begun. An Exeter University in England study presented this month shows that people who have a younger outlook are healthier as they grow older.

People who consider themselves “old” enter into a “cycle of decline,” researchers found. These are people who tend not to exercise or eat well and face more health issues as a result. People who are physically active and engage in social activities were found to be in better health as they aged.