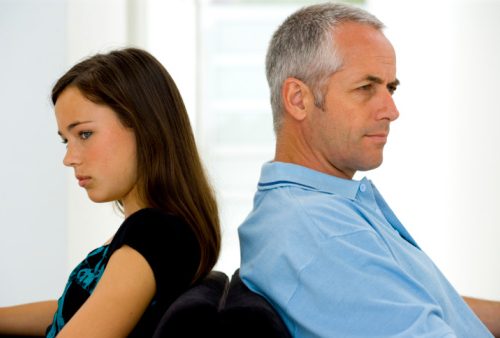 In today’s busy, economically unstable world, almost everyone experiences some degree of anxiety on a regular basis and anxiety disorder is the number one mental health disorder in North America.  Continuous high levels of anxiety can result in a wide array of physical and mental health implications and it has been associated with an increased risk for irritable bowel syndrome, heart disease, obesity, asthma and insomnia, as well as reduced productivity levels and an overall lower quality of life.   Chronic anxiety also reduces a person’s ability to form and maintain intimate relationships, and a new study published in the Physiological and Biochemical Zoology journal, has found that anxiety may also directly impact a man’s fathering skills.

What This Means For Mental Health – and Anxiety, Too

The study was conducted on mice by researchers at the University of California. Unlike many rodents, California mice have a tendency to form lifelong monogamous relationships and the males have strong paternal instincts. The male rats help to deliver the pups, they cuddle and keep the pups warm at night, and they lick them clean, and the father rats will even take on these paternal tasks when in the presence of  pups that are not their own.   According to Trynke de Jong, a post-doctoral researcher at the University of California, Riverside “If we place a male California mouse in a test cage and present it with an unknown pup, experienced fathers will quickly start to lick and huddle with it.”  On the other hand, males rats who have not fathered a pup show more variability, some act paternally, some ignore the pup and others actually attack the pup.  Prior to the study, the researchers at California University suspected that the variability in paternal response amongst virgin male rats was caused by a variance in social status, however the study revealed that anxiety levels actually determined whether or not the rats acted paternally.

In order to test the rats, the researchers paired together 12 virgin male rats in six separate cages and performed a variety of tests on them. The scientists noticed that the male rats who were too shy to urinate in the middle of a new enclosure, were also more reluctant to approach a pup. This observation was significant because shying away from urinating in the middle of an enclosure is a behavior that signifies anxiety in rats. Additional tests revealed that the rats who acted less paternally, also had higher levels of the hormone vasopressin in their brains.

Several studies have found that people with chronic high anxiety levels and mental health disorders have an increased level of vasopressin and as a result vasopressin and anxiety are strongly associated with each other.  Vasopressin is also associated with aggressive behavior and according to Jong “Our findings support the theory that vasopressin may alter the expression of paternal behavior depending on the emotional state of the animals.”    Although this study was conducted on rats, Jong believes that the findings could shed some light on the role that anxiety plays in the paternal behavior of humans.