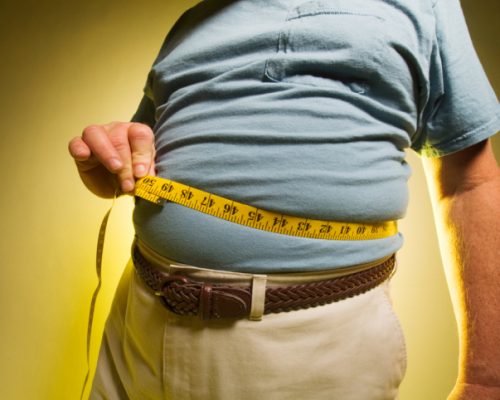 Obesity has been linked to many health conditions like gout, high blood pressure and heart disease. But along with obesity comes another health problem which is intestinal inflammation.

Inflammation can occur when there is a threat in the body and it attempts to heal itself. Although it can be caused by an infection, inflammation isn’t necessarily always bad. But in regards to obesity inflammation is quite harmful.

In an alternative study conducted in Seattle, Washington, women who lost weight also saw a reduction of white blood cells. This proves that losing weight can greatly improve one’s health by reducing inflammation.

As you can see inflammation and obesity go hand in hand. The heavier a person is the more inflammation they will have increasing their risk of illness. This is why it’s so imperative to maintain a healthy weight.

The research term found chronic inflammation among the obese patients. They uncovered this chronic inflammation led to insulin resistance which can hinder the small intestines’ ability to regulate absorption of essential nutrients thus worsening the condition of obesity. Additional findings showed in the obese patients the lining of the small intestine – or villi – were longer. With longer villi higher absorption can take place. This occurs when the cells don’t die off – or go through a process of apoptosis. When cells don’t die off it reinforces inflammation caused by the immune system and aggravates obesity.

With this new information, researchers now believe interventions can take place as a means to combat obesity. Essentially, by reducing intestinal inflammation obesity may be better treated.

Obesity numbers are growing and that means a larger focus on obesity prevention must take place. We know that eating well and exercising are essential to maintaining a health weight but more initiatives must take place to really curb the issue of obesity.

So far many organizations, such as the American Heart Association, are targeting children as a source of reducing obesity. By starting children at a young age down a path of healthy living, they can pass on these lessons when they grow up.

Another large initiative is changes to the standard food label. For one the FDA recently put a ban on trans fats as a means of reducing illness and obesity. Furthermore, major restaurant chains are changing their menus and making them more transparent. Not only are they answering consumer questions about their food but they are also removing many artificial ingredients as well. Some notable food chains are Chipotle and Panera. Many other restaurants, too, are posting calorie and fat content of their meals. Not only does this allow the consumer to make healthier choices but it’s making us aware of what we are really enjoying.

But one important aspect while keeping in mind combating obesity is portion control. We live in a world where bigger is better but when it comes to your waistline and health it isn’t. We get served these mounds of food which we feel obligated to eat and so we do just that. We don’t realize that by slowing down our eating and enjoying smaller portions we can still be quite full. So it’s important to keep your portions in control. An easy trick for portion control is use smaller plates. If we fill a small plate the portion now looks larger and we trick ourselves in believing we consumed a lot. This is something easy and manageable whether you eat at home or at a restaurant.

Although chronic inflammation in the intestines plays a role in obesity, to finally take control of the problem we all need to become aware of what we are putting in our mouths and why we’re doing it. Awareness is essential to living a healthier life. The more you know, the healthier you can be.

Do you read food labels while you’re grocery shopping, looking for grams of sugar and fat? If so, you may soon notice some changes – the first in 20 years –designed to reduce obesity and its related diseases among Americans. Continue reading…

Well, the United States obesity rates may be down in preschoolers, but they’re up for older women, according to new statistics. A recent survey, conducted by the U.S. Centers for Disease Control and Prevention (CDC) and published in the Journal of the American Medical Association (JAMA), revealed that obesity rates among children – aged 2 to 5 years – decreased by 43 percent over the last 10 years. Continue reading…