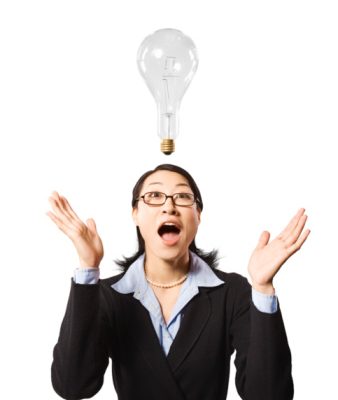 It seems like every day there is a new TV series or movie that is centered around vampires and their immortality. There is no denying that our culture is obsessed with staying young and that most of us would jump at the chance to live longer. Although immortality is the stuff of science fiction, recent research has found that people with higher IQs are often blessed with longer life-spans and that increasing the overall performance of your brain, may help you to add years to your life.

In 2008, researchers at the University of Calabria analyzed data pertaining to 500 Italian men between the ages of 18 and 107.  The scientists discovered that individuals with higher IQs tend to also have a “smart variant” of a gene which detoxifies the brain, known as SSADH and that the presence of the  smart SSADH variant was correlated with a life expectancy of nearly 100 years old. Conversely, people with lower IQs most often had the “less smart” variant of the SSADH gene, and most of the men with the “less smart” gene died before the age of 85.  Scientists hypothesize that the increased detoxification power of the smart SSADH gene, helps to protect brain cells from everyday damage and in so doing, it helps to slow down the aging process.

RELATED ARTICLE: The Effect of Music on Your Health

In 2009, a study conducted on honeybees and led by Gro Amdam of Arizona State University and the Norwegian University of Life Sciences found another correlation between higher brain performance, a better memory and an increased life expectancy. Through a variety of experiments, Amdam found that the faster learning bees were more resilient under stress and their bodies were not as sensitive to the damaging effects of free radicals (which are most often responsible for premature aging).  In fact, the bees that had higher brain performance levels lived for 58.8 hours while under oxygen induced stress, while the slower learning bees only lived for 54.6 hours. Although this test was conducted on bees, the scientists believe that the same biological mechanisms which allow both honeybees and humans to learn quicker, not only contributes to their higher intelligence quotas but also increases their resilience to stress and consequently, increases their life-spans.

In 2010, another brain performance/life expectancy analysis was conducted and the results were congruent with the previous studies. The researchers found that individuals with a bachelor’s degree or higher, live approximately 9 years longer than individuals who do not graduate from high school. The researchers believe the vast difference is not merely due to genetics, but also to the tendency for smarter people to lead healthier lifestyles.   “If your life is a little better, you take a little better care of yourself,” explains Anton Lager of the Swedish Institute for Social Research. “If you make a little more income, have a job with a little more flexibility, more control of time, then maybe you use less tobacco and alcohol.”  Studies have also found that a failure to graduate high school is correlated with an increased risk of obesity, which is likely because lower income families often live in less healthy communities, have restricted access to healthy food and tend to make poorer food choices.  Since obesity vastly decreases a person’s life expectancy, a lower IQ also reduces a person’s lifespan in a round-about sort of way.

With all of this research, the correlation between intelligence and lifespan is irrefutable. The good news is that even if you weren’t blessed with the “smart gene” or you didn’t graduate high school, you can still enhance your brain power and thus your life expectancy by avoiding alcohol and tobacco, exercising regularly and loading up on brain foods. Consuming the following ten brain foods regularly will help to protect your brain from damage, enhance your overall brain performance, and provide you with a better memory: Berries, cold-water fish, flaxseeds, coffee, nuts, seeds, avocados, eggs, cocoa, and broccoli.