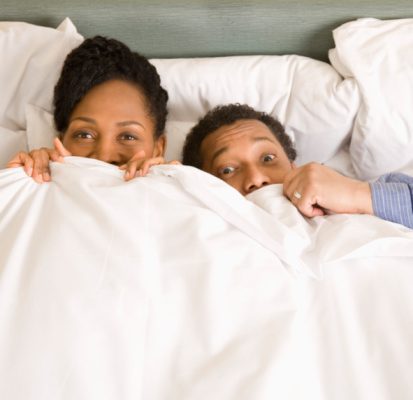 If there is ever a myth that people might wish were true, it is this one. We have all heard old wives tales and health myths about how to improve your general health and well being, but what people might be really disappointed to learn is that sexual activity doesn’t burn calories, making the concept an apparent myth.

The New England Journal of Medicine has released information that puts to rest the idea that sex burns calories, alongside several other obesity myths. Researchers said what they hope the study will do is get people to think a little harder about sensational ideas of what is considered good health, and use common sense when reading up on information, and make their health choices accordingly.

Sex Burning Calories – Not So Fast….

Much information has circulated to the effect of sexual activity burning up to 300 calories each session. While the act of lovemaking has a proper foundation that can’t be ignored on the mental health of participants, researchers found that for male participants a sexual act the calories burned are somewhat minimal. Very minimal in fact – and were compared to an incredibly slow walk of a measly 4kms an hour. When you boil it down 30 minutes of sexual activity only burns about 20 calories.

When it comes to good health and the potential for obesity, the myth about sex and calories might have been one of the more deflating, but it certainly wasn’t the only one that was discussed.

RELATED READING:  A Simple Trick to Improve Sexual Health As You Age

Study authors took a look at several other supposed obesity fighters that they say simply make no sense. One of the bigger ones was the myth that eating breakfast every day fights off the potential for obesity. What got this myth underway was initially the theory that “breakfast is the most important meal of the day” which may have some validity, but what people have chosen to take too far is the common sense portion which has holes shot in it with the idea that if you eat a big breakfast, you won’t overeat through the day. Study authors say this is simply not true. And while a healthy breakfast is imperative to your day, it does little to prevent overeating as the day progresses, which boils down to more personal control of urges than anything.

A myth that pops up often as well because it has to do with weight gain is the ever popular “3500 calorie rule”.  This theory has always maintained that if you consume an additional 3500 calories per day, you will equal it out to a one pound weight gain. Study authors say this theory also makes no sense because of the idea that the body is always in an adaptable state, and how it processes different quantities of calories is no different.

They say with all of the variables, it is simply impossible to give a static number that will lead to a guarantee of weight gain, or potential obesity. There is simply too many factors at play.