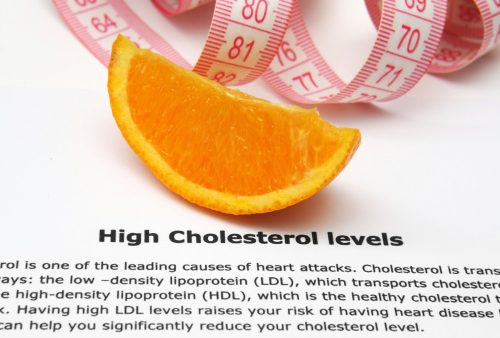 You often hear about the negative implications of high cholesterol, or TV commercials promoting products that help lower cholesterol. Simply put, high levels of “bad” cholesterol leads to atherosclerosis, resulting in clogged arteries and higher risks of heart attack and stroke. Researchers from the University at Buffalo conducted a recent study which has given a clearer understanding of atherosclerosis in humans.  Additionally, they have discovered that stem cells play a key role in promoting inflammation. Their research was published in the journal, PLOSOne, and it may help to open a new realm of preventative strategies to lower the risk of heart attack and stroke in at-risk individuals.

When talking about cholesterol, people often refer to “good” and “bad” cholesterol.  Bad cholesterol is also known as low density lipoprotein (LDL), as it has chemical properties that can cause damage to arteries. Damage to the arteries allows more LDL to penetrate the arterial walls where it accumulates over time.  Once inside the artery walls, the LDL is oxidized by free radicals. And this process attracts white blood cells and other cells to the area. Over time, deposits of LDL, cells and other debris build up:  this build up is referred to as plaque. As plaque forms, it can block blood flow, resulting in a heart attack or stroke.

On the other hand, good cholesterol is also known as high density lipoprotein (LDL) and is beneficial, as it circulates through your body and diverts cholesterol away from your arteries. The cholesterol that is diverted is excreted from the body, delivered to different body tissues or is used to make hormones.

Twelve participants without known coronary artery disease were followed for approximately a year. In order to manipulate the LDL cholesterol levels of the participants, three different statin medications were used. The participants were on statin drugs for two week periods followed by one month periods when they were off of the medication.

The current research builds on previous work which showed that high levels of LDL cholesterol promote atherosclerosis by stimulating the production of hematopoietic stem cells. The current study was the first to show that high total cholesterol recruits stem cells from the bone marrow into the bloodstream in humans.  It does this by using IL-17, which has been cited in many inflammatory conditions. IL-17 boosts granulocyte colony stimulating factor (GCSF) levels, which helps to release stem cells from the bone marrow. The researchers also found that statin drugs reduce the number of stem cells in the blood. However, this wasn’t consistent across all participants.

The researchers explain that the next step should be investigating whether stem cells are connected to cardiovascular events, such as heart attack and stroke, just like LDL cholesterol and cardiovascular events are connected.  For now, the fact that results that were previously shown in rodent studies were also shown in a human study is notable.  The results from the human study suggest that once the role of stem cells in atherosclerosis is discovered, it may be possible to develop a novel treatment combined with statins to treat atherosclerosis thereby reducing the risk of heart attack and stroke.

5 things you need to know about your cholesterol
Top foods to control cholesterol
Hypercholesterolemia or High LDL cholesterol, symptoms, causes and treatment