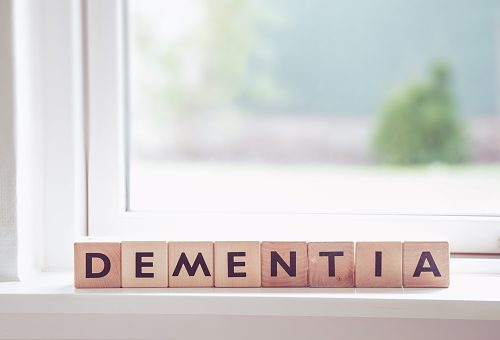 It is generally accepted that lifestyle-related diabetes patients are at an increased risk of developing dementia. Scientists and researchers are dedicating a lot of effort to understand this connection in the hopes of finding new treatments for both of these.

Currently, in Europe, approximately 54 million people are living with type 2 diabetes (lifestyle related), and these numbers are only increasing due to the increasing obesity epidemic. The most common cause of dementia, Alzheimer’s, affects nearly 10.5 million Europeans, and this number is expected to increase to 18.7 million by the year 2050 as the population ages.

Type 2 diabetes is a result of cells within the body becoming resistant to the effects of insulin, which normally regulates blood sugar. This results in these patients having higher levels of sugar in their blood. Insulin resistance has been linked to dementia in large, long-term studies, but the exact mechanism is still not well understood and is being studied.

“There is growing evidence from epidemiological studies suggesting that type 2 diabetes is a risk factor for dementia, particularly Alzheimer’s disease,” said Dr. Shreyasi Chatterjee at the University of Southampton, UK. “Therefore, we want to know more about the relationship between insulin resistance seen in diabetes and the protein build-up associated with Alzheimer’s.”

The proposed key to solving these problems are two proteins: amyloid-beta, which accumulate into plaque causing brain cell death and are associated with memory loss in Alzheimer’s patients, and tau proteins, which cause tangles in the brain.

“Insulin resistance in the brain can make it difficult for Alzheimer’s patients to process the sugar which is needed to fuel brain cells,” said Dr. Chatterjee. “It disrupts normal signaling pathways in the brain and can also hamper the brain’s natural mechanism for clearing misfolded proteins that trigger memory loss.”
By using fruit flies and focusing on the role of tau proteins, Dr. Chatterjee genetically programmed the flies to mimic the kind of neurodegeneration seen in Alzheimer’s disease and experimented further by adding insulin receptor substrate (IRS)—a key player in processing insulin.

Her results found that after adding IRS, the fruit flies appeared to exhibit better memory and longer life spans, whereas knocking out the gene that produces it increased the level of tau proteins. This new observation provides the most direct evidence to date of a connection between insulin resistance seen in diabetes and the tau tangles seen in Alzheimer’s disease. The team further observed that when the flies were insulin resistant, their brains were unable to clear away the toxic tau proteins, further explaining why people with type 2 diabetes might develop Alzheimer’s.

This new observation provides scientists with new information to possibly create new dementia treatments, or at least slow down or curb the risk of developing the neurological disorder.

“We already know that treating Alzheimer’s disease with inhaled insulin (a diabetes medication) reduces cognitive impairment,” said Dr. Chatterjee. “Other diabetes drugs are now in clinical trials to test whether they could slow the progression of dementia.”