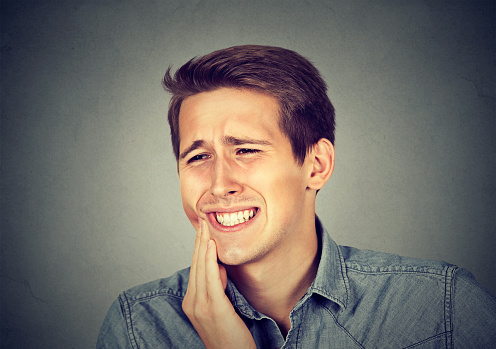 When your dentist tells you to brush and floss regularly, they aren’t just trying to make their jobs easier. The warnings about the importance of good oral hygiene stem from studies that show the increased risk of gum disease, which has been tied to higher odds of other deadly illnesses. Recently, a study published on December 1, 2017, in the Journal of Cancer Research has revealed that gum disease bacteria is linked to esophageal cancer.

Which bacteria are linked to esophageal cancer?

The study, which examined the oral health of 122,000 Americans over the course of a decade, found that the presence of two types of bacteria related to gum disease may actually increase the risk of the cancer. One of the bacteria, Tannerella forsythia, was significantly tied to a 21 percent increase in the likelihood of developing esophageal tumors. The study was directed by Dr. Jiyoung Ahn, the associate director for population science at NYU Langone Health in New York City.

Dr. Anthony Starpoli, the associate director of esophageal endotherapy at Lenox Hill Hospital in New York City, says it remains unclear exactly what about gum disease is primarily responsible for the development of cancer – either “the presence of these bacteria or the resultant periodontal disease.” However, he believes specialists need to “consider a proper evaluation of the oral cavity as well as the remainder of the digestive tract in the hope of early diagnosis of esophageal cancer.”

The severity of esophageal cancer

This isn’t the first time gum disease has been linked to a heightened risk of other deadly illnesses. It has also been linked to heart disease. Esophageal cancer is known to be the eighth most common cancer, and the sixth greatest cause of cancer death across the world. Since it is usually diagnosed during its later stages, the survival rate of five years is between 15 to 25 percent.


According to Dr. Ahn, “Esophageal cancer is a highly fatal cancer, and there is an urgent need for new avenues of prevention, risk stratification, and early detection.”

The good news from the study revealed that there were some types of oral bacteria associated with the reverse: a lower risk of esophageal cancer. Gaining a better understanding of the bacteria living naturally in the mouth “may potentially lead to strategies to prevent esophageal cancer,” Dr. Ahn pointed out in a news release from the American Association for Cancer Research.

Oral Pathologist at Northwall Health in New Hyde Park, New York, Dr. Robert Kelsh also agreed with the statement. “The study suggests that there are some oral bacteria that may contribute to the development of this highly deadly cancer but also, and very importantly, suggests that some bacteria may provide a protective effect.” He added that it would be vital to differentiate the good bacteria from the bad so preventative treatments and predictors of risks of development could become more available.

Gum disease bacteria may be tied to rheumatoid arthritis