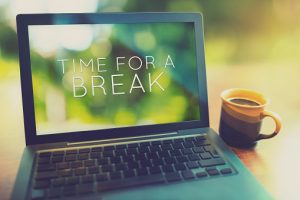 The old saying “practice makes perfect” holds true for most things. But like all things we focus our time on, be it practicing an instrument, a sport, or our studies, we need a break from time to time to keep us from getting burnt out.

New research into this area of learning emphasizes the importance of taking breaks, and the success gained from certain types of learning may depend on the length of your breaks.

The study was carried out by a post-doctorate fellow at The Whiting School of Engineering David F. Little and his team. They did not go against the consensus about this area of learning, but suggests that there are limits on how much information the brain retains if practice sessions are too short and interrupted.

Evaluating the effects of taking breaks on learning

Human perception was the focus of the study, which is believed to provide the first evidence that significant practice breaks influence perceptual learning. The task chosen to be learned for this study was identifying differences in sounds.

About 40 people participated in the study, and they were tasked to distinguish between the pitches of two tones or to hear differences in speech syllables that are indistinguishable to English speakers but meaningful in several other languages. For example, the combination “mba,” which appears in Thai and Hindi, sounds like “ba” to native English speakers.

Participants were given hundreds of rounds to learn differences in pitch between two tones, which they practiced for seven to nine days.

What the researchers found was that for subjects to retain what they learned in a given day, they need sufficient practice without taking extensively long breaks, as the most effective learning took place with the last group in the study.

Group two – who had a 30-minute break in the middle – did not retain what they learned in their 40-minute practice session.

“When learning a new skill, you can waste a lot of time and effort, to little benefit, if you take even a 30-minute break before you have practiced enough,” said David F. Little.

The researchers say that their findings suggest that the brain has a transient holding area for perceptual memories, and after a certain threshold, they are sent to long-term storage that lasts days. They hope that their study sheds some light on the learning of perpetual skills, such as ear-training for musicians and visual training for clinicians who read diagnostic tests such as x-rays or MRIs, as well as for people recovering from hearing loss.

10 everyday tips to boost your memory