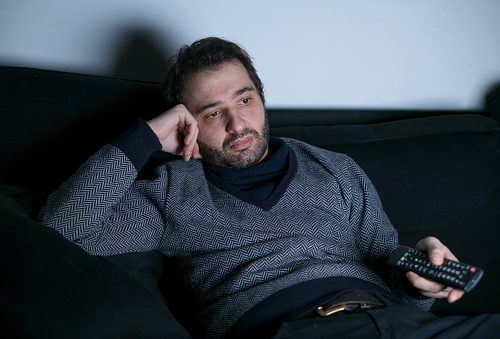 Choosing to sit on the couch for extended hours may make you a “couch potato,” with many claiming that this level of inactivity inevitably leads to poor health, primarily caused by weight gain. However, a new study from the University of Otago has found that while sitting is bad for you, it is unlikely the cause of your weight gain.

Many previously done studies have found that those who spent more than four hours a day in front of a television or computer had a nearly 50 percent increased risk of death from any cause and about 125 percent increase in the risk of events associated with cardiovascular disease.

The solution was to simply stand more and sit less, as this promoted calorie burning and encouraged muscle activity. Those who chose to sit for long periods are considered to be linked to a number of health concerns, including obesity and metabolic syndrome, a condition characterized by increased blood pressure, high blood sugar levels, and excess body fat.

However, the researchers of this particular study wanted to know whether it was simply sitting for long stretches of time that is making people gain weight

The study in question looked at 23 international studies that assessed if a link existed between sedentary behavior in adults, body weight, and obesity. All the studies had been adjusted for physical activity levels of participants.
What the researchers found was quite perplexing, as the results of their study saw only a small, inconsistent, and non-significant association between sedentary behaviors and weight gain. Sitting was also seen to have a negligible effect on the risk of obesity.


Waist sized not found to increase significantly over time

Their findings went on to show that over a five-year follow-up period, each hour of sedentary behavior had been only been associated with a 0.02mm increase in waist circumference. This was a negligible finding in the eyes of the researchers.

“The results might seem counter-intuitive as we know that standing instead of sitting does increase energy expenditure slightly, and replacing sitting with moving further increases energy expenditure – but either these changes aren’t large enough to meaningfully impact weight in the long term, or people who move around more are pretty good at compensating for the extra movement by increasing their energy intake,” said lead author Dr Meredith Peddie.

They go on to say that the harmful effect of sitting too much is most likely not caused by weight gain and that other factors are causing the observed increase in mortality.

By no means do the researchers advocate that sitting is harmless, as their study clearly showed a correlation between long periods of sitting and increases in blood sugar and triglycerides. Current guidelines recommend sitting less and moving more, which the researchers of this study still fully endorse.

Related: The Healthy Truth: How to avoid fall and winter weight gain