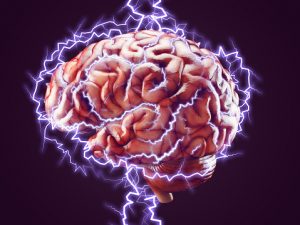 A new study from researchers at the Johns Hopkins University School of Medicine involving genetically engineered mice has uncovered new details on how a form of major depression therapy works. Electroconvulsive therapy (ETC) is a commonly used and effective treatment for major depression, but until now, the reasons behind how it works were relatively unknown.

Sadness is something we all experience from time to time in our lives. It could be due to more acute circumstances, like a recent breakup, or have a slow burning effect that slowly chips away at your well-being, like not achieving your goals in life. If left to propagate, this sadness may turn into its more clinical form called depression.

This mood disorder often leads to symptoms that may affect your physical and mental health in day to day life. For most of these sad-inducing conditions, we believe that a simple change of mood will help treat it, like meeting new people or finding a new job. However, severe cases of depression have much more profound symptoms for longer periods of time, often needing the aid of anti-depressant medication, with those unresponsive to them possibly needing electroconvulsive therapy.

Electroconvulsive therapy (ECT) involves using small electric currents that are passed through the brain to intentionally trigger a brief seizure. It has long been believed that this process can quickly reverse the symptoms of certain mental illnesses, including major depression.

This new study has found that ECT induces molecular changes that allow for more communication between neurons in a specific part of the brain known to respond to anti-depressant medication. It has long been uncertain exactly how ECT works, with this study shedding some light on the commonly used major depression therapy.

“ECT is the most effective treatment available for severe and treatment-resistant depression, but it requires anesthesia and can cause side effects like memory loss. Figuring out how exactly ECT works on the brain is key to finding better alternatives,” says Irving Michael Reti, M.B.B.S., M.D., director of the Brain Stimulation Program and associate professor of psychiatry and behavioral sciences.


Analyzing the effect of ECT on mice models

Their study involved focusing on genes found in the mouse brain’s hippocampus (helps regulate emotions), which is known for producing a protein called Narp. This protein has been associated with “motivated behaviors,” which can help depressive patients improve their symptoms.

It was found that after a few minutes of ETC, certain genes including ones involved with Narp production were being turned on.

However, to fully explore this line of investigation, mice were genetically engineered to lack Narp production and were compared to mice who functioned normally. A series of ECT sessions were given to each group of mice, while additionally stressing them through various techniques to induce depression.

The result of the study found that in both healthy mice and ones without Narp, a gene known as c-Fos further turns on more genes within an hour after the final ECT session. However, when tracing the levels of Narp, the researchers found that while both sets of mice showed an increased number of new brain cells in the hippocampus, only healthy mice had more dendrites growing out of them – projections that reach out and communicate with neighboring cells.

“What all of this tells us is that Narp seems to regulate communication with other neurons by forming new synapses, or connections, and this may be the way that, in part, it enacts its antidepressive effects following ECT,” says Reti.

Furthermore, it was found that Narp doesn’t necessarily prevent the response from anti-depressant medication, meaning that these medications may be working in an entirely different way than ECT.

This discovery implies that there may be multiple ways to treat depression, including the still relatively unknown ones used via ECT.

Related: How to treat catatonic depression? Symptoms and causes