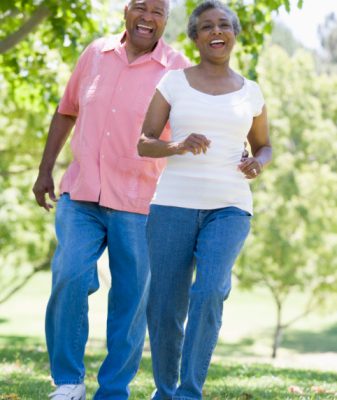 Stress can impact our lives in various ways, and most people have reported experiencing that feeling of pressure at one point or another – whether at home with the kids, or at work, or juggling the day-to-day responsibilities of everyday life . Few will deny that stress is an unhealthy state of body, mind or both. It is no surprise that an overwhelming 77 percent of Americans report that stress impacts their physical well-being, and 73 percent say it affects their psychological health.  A growing body of research suggests that the answer to both of these chronic problems lies in the same place — exercise. Aside from being beneficial to overall good health, new studies show that exercise has the power to trigger major chemical and physical changes in the body, resulting in a significantly reduced experience of daily stress.

Latest Evidence – What it Reveals

Previous research suggested that exercise promotes the growth of new neurons in the area of the brain where information is merged together. These new neurons are usually more excitable than older neurons, and thus the theory drawn out was that exercise could result in more anxiety. Today, Princeton researchers say they’ve discovered that exercise actually strengthens the system that prevents brain cells from firing, increasing one’s state of calm and ability to cope.

The researchers worked with two groups of mice. They gave one group unlimited access to a running wheel, while the other group of mice had no exercise equipment. After a 6-week period, the mice were exposed to very cold water for brief periods of time.

The difference in brain activity between the active and sedentary mice became evident almost as soon as the stress took place.The mice that did not exercise displayed an immediately negative reaction, and the scientists found that this was caused by an increase in short-lived genes that rapidly turned on when brain cells fired. The exercising mice, on the other hand, did not exhibit these genes, and therefore, their brain cells did not display this rate of rapid “excitability” when exposed to cold water, and the anxiety response did not occur. The brain in the active mice also showed signs of a neurotransmitters that actually lowered brain excitability even more.

The Princeton University research seems to indicate that physical activity reorganizes the brain in a way that reduces stress and lessens anxiety, helping to eliminate such “interruptions” from regular, healthy brain function.


The Stress and Exercise Link

While this specific area of the brain hasn’t been studied in great detail when it comes to stress and exercising, there has been a lot of research on stress and physical exercise on the brain in a general sense. For example, Harvard Medical School has done a considerable amount of investigation into the mental benefits of aerobic exercise. Researchers at the school say that physical activity reduces stress hormone levels in the body including adrenaline and cortisol. It also activates the production of endorphins which are known to improve mood.

Doctors, including those who contribute to research at Harvard, point out that behavioral factors can also play a role in reducing our level of stress. As we exercise and our waistline shrinks, our self-image improves and our stamina increases. We also tend to develop a sense of pride and confidence.  Often, this better mood increases our ability to succeed at daily tasks, leading to an even better frame of mind and reduced stress.

Exercise has countless benefits in terms of mental health. As many physicians point out, we don’t have to run a marathon to experience those benefits; regular walking or cycling counts as exercise. Whatever physical activity it may be, it can help in releasing some of that stress and anxiety within.

Having said that, it is getting increasingly difficult to fit in regular exercise in our busy schedules. Supplementing with a combination of nutrients is always a healthy and viable option