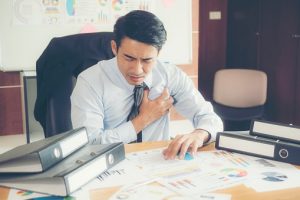 The observational component of the study was performed at an outpatient clinic in Sweden, where patients were referred after being identified as showing an increased risk of developing cardiovascular disease. Between the years of 2008 and 2014, willing participants were enrolled in a one-year structured lifestyle program. A total of 100 participants were accepted into the study, after certain exclusion factors were taken into consideration.

Over the course of a year, there were significant improvements noted in the participants who participated in the one-year structured lifestyle program. The results did show that improving lifestyle habits reduced the risk of cardiovascular disease.

The researchers noted a decrease in waist measurements, blood pressure, and cholesterol levels in the participants. They also estimated a reduction of 15 percent in the participants’ risk of developing cardiovascular disease within 10 years. These results were consistent across the sexes, with no significant differences present between men and women.

This study adds to the small pool of literature already seen on this topic, confirming findings from previous research on the ability of lifestyle interventions to significantly change an individual’s likelihood of developing cardiovascular disease. The researchers of this study feel that it would be beneficial for these types of interventional lifestyle changes to be recommended and used in the regular treatment and prevention of cardiovascular disease.

They acknowledge that this type of treatment plan can be hard to achieve, due to the necessity of involving several medical professionals who specialize in different fields.