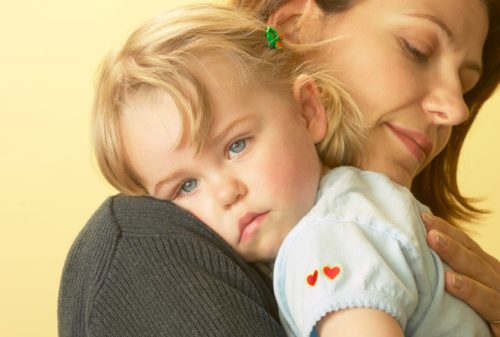 The heated debate that makes all moms cringe with guilt continues: nature vs. nurture. Darwinistic versus Freudian theories have long been argued in trying to determine the true cause behind human psychology and behaviors. Could the way we behave be inherited (nature)? Or does our environment and life experiences make us who we are (nurture)? Two scientists, Michael Meaney and Moshe Szyf, aimed to put this debate to rest once and for all, by looking at inherited genes and rearing habits of mother mice and their offspring.

What the research discovered may have moms burying their heads even deeper beneath their pillows – not only do parents pass down genes bestowing their physical characteristics onto their children, but their behaviors and choices in life can also alter their genes, and get passed down to the next generation as well. The research discovered a pre-disposal of behaviors due to genes passed down by our ancestors. This means that a child can inherit stress-related and/or depression-like qualities from a parent or grand-parent, due to stress, depression, or even due to a traumatic event that a parent has been through. In their study, Meaney and Szyf found two main genetic components involved in this inheritance process: methyl groups, which can switch a particular gene off, and acetyl groups, that can switch a particular gene on. Our choices, behaviors and experiences in life determine which of our genes get switched on or off, and in what form the gene will get passed down to our children.

How Stress Can Be Passed Down Through Genes To Your Children

This isn’t the first time researchers have found environmental links to human behavior. A previous study conducted in the 1950’s revealed that human interaction for 5-15 minutes had resulted in calmer, less reactive mother mice during stressful situations than the non-handled mice. The human interaction had also encouraged mother mice to lick and groom their own offspring as well. According to a study conducted in 1997, the more the mothers had licked and cared for their babies, the less stress hormones – like corticosterone – the babies had as adults.

This led to testing the rearing habits of female mice on their offspring. Meaney and Szyf’s study revealed that, while DNA remained the same, it can come to be expressed differently in response to someone’s life experiences and environment. In mice, they found that ‘miserable mothering’ made their offspring nervous wrecks and more reactive in situations involving stress. However, pups that were born to inattentive mothers but raised by attentive ones had grown up calmer and braver, whereas the baby mice born to attentive mothers but raised by inattentive females behaved more irritably.

Another study found that a gene that has undergone methylation (has been turned off) can actually be reversed. When a female mouse procreated with a male mouse that she knew had been bullied and tormented by aggressive peers, she tended to neglect the resulting offspring. However, when the mother was inseminated by in vitro fertilization and didn’t know who the father was, she nurtured the babies more. As a result, her behavior towards the offspring served to reverse the children’s genetic damage caused by the father’s “loser” genes.

While Meaney and Szyf’s research reveal the effects of negative or stressful rearing on pups, the process is likely similar in humans as well. Another recent study showed that a person’s income level can affect gene methylation; regardless of economic status as an adult, the stress level that results from a lower income status in childhood can greatly affect a person’s physical and psychological condition later in life, and may be passed down to the second generation.

The research suggests that one of the most important aspects of child rearing for mothers and fathers is to minimize stress levels – both their own and their children’s. Frances Champagne, a one-time collaborator with Meaney and a leading figure in the study of maternal influence, explains that this is also strongly tied to “sensory input, touching, (which) is so important for the developing brain.”

In fact, just being present and the act of habitually touching their offspring showed to be very beneficial among human mothers and their babies, as opposed to babies who had been separated from their biological parents and who demonstrated lower development and adjustment. This was explained by actual physical changes that occurred in the brain, simply due to the type of maternal care the babies received. This growing body of research led Meaney and Szyf to highlight the important of adopted children receiving extensive and extremely sensitive nurturing in early childhood, to reverse the changes in genome regulation.

Turning the Stress Genes “Off” with Drug Therapy

The study also found that methylated genes could be reversed when injected with epigenetic drugs, directly into the brains of the mice. While this finding is extremely crucial, more research is needed to thresh out long-term and other effects of this drug before administering it in humans. The researchers hope that such steps could pave the way towards epigenetic drug therapy for curing a vast array of human psychological problems and behavioral disorders.

The surprising thing that increases your risk of heart attack