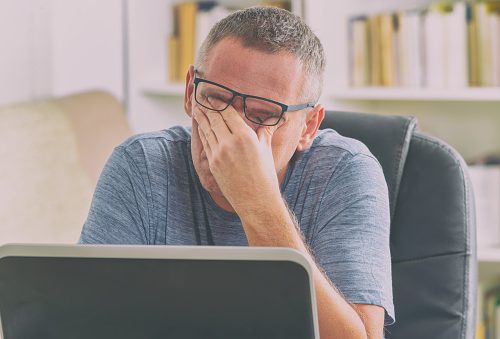 Stress is one of those inevitable annoyances in life. We hear about it all the time. Are we too stressed? Are we managing our stress in the right way? What if our stress levels are actually affecting those around us too? A new study has shown that stress can actually be contagious. Thankfully, it appears that the opposite is true as well, at least for female participants. If we spend our time around relaxed, unstressed people, their brain chemistry can alter our own.

The study tested stress levels and brain physiology in pairs of male and female mice. One mouse was removed from the pair and exposed to a mild stressor. The mouse was then returned to its partner and both of the mice’s stress levels were tested. This was done by examining a specific group of neurons, the CRH cells, which control the brain’s response to stress. Both mice showed the same stress patterns in these cell groups, despite only one having been exposed to the stressor.

Another researcher responsible for the study, Toni-Lee Sterley, said, “What was remarkable was that CRH neurons from the partners, who were not themselves exposed to an actual stress, showed changes that were identical to those we measured in the stressed mice.”

The next part of the experiment tested whether the reverse was also true. In this case, the scientists turned off the stress receptors in one mouse when the mouse who had been exposed to stressors was returned. The non-stressed mouse remained non-stressed despite being exposed to their partner who was stressed. They also saw a significant decrease in the firing of the CRH neurons after the stressed mouse spent time with their non-stressed partner. This was true only for the female mice pairs, however.

What the researchers discovered was that this specific collection of neurons caused the mice to release something of an alarm or warning through their pheromones, which their partner would then react to. The partner could then pass the warning along to others. As it was, the partner mouse simply reflected the stress the mouse exposed to the stressor was giving off.

Bains believes these results may also be found in humans. “We readily communicate our stress to others, sometimes without even knowing it. There is even evidence that some symptoms of stress can persist in family and loved ones of individuals who suffer from PTSD. On the flip side, the ability to sense another’s emotional state is a key part of creating and building social bonds.”

How to use essential oils for stress relief

Is stress making you sick? Know the signs

Getting your greens may reduce stress: Study