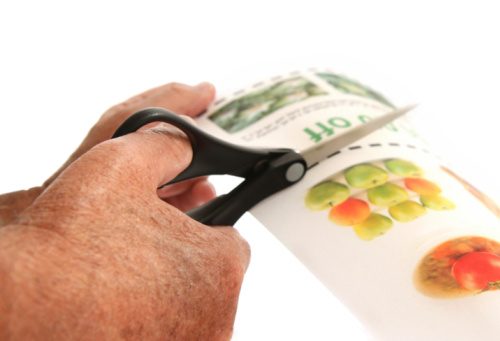 The word Addiction normally conjures up thoughts of alcoholism or drug abuse; however, there is a long list of addictive substances and items that can damage our lives. The 50 plus crowd should know better right? Wrong…it turns out that older people have plenty of addictions, and some of them are rather strange.

Believe it or not, a diet of dirt seems to appeal to many older people. Yes, that’s right there are people who are addicted to eating dirt. In some countries, like in Central Africa the practice of Geophagy has taken place for centuries. Geophagy is the consumption of clay soil thought to be filled with phosphorus, potassium, zinc, and iron. Pregnant women in Central Africa eat it thinking it will increase their nutrient intake. It is unusual for North Americans to crave dirt that is found in the garden or a potted plant, but it happens. A dirty diet plays havoc on your teeth and could lead to intestinal parasites so to those of you who think soil smells good; don’t even think about it.

Not Just Strange Diets, Either

Studies show that pet therapy goes a long way in helping older people recover from both physical and psychological trauma. Long term relationships with animals have also proven to be a stabilizing force for people, but there are many older people who have an addiction to hoarding animals. They have literally dozens of the same animal living in their home. Some have 30 cats; others may have 20 or more birds, dogs or reptiles. In some instances, elderly people have ignored their own diet; skipped meals so they can afford to buy food for their animals instead of themselves. These are the same people that just might run into the coupon addicts in the pet food aisle at the market. Constantly clipping coupons is an addiction for many people. In the United States one woman reports that her mother is always collecting coupons for free cat food, but she doesn’t have a cat. Although there is no medical term for this condition, coupon-o-holic sounds appropriate.

If you know someone who has a strange addiction it might drive you a little crazy; make you want to pull your hair out. Oh, actually that’s an addiction too. Trichotillomania, which is the act of pulling your hair out, is really not a laughing matter. Staff at the Mayo Clinic says it can be mild for some people, but distressful and serious for others. Normally addicts pull from their scalp, eyelashes, and eyebrows; however, it can be from any part of the body. Although there are literally thousands of documented cases of older people who have this addiction, the problem is not strictly associated with aging.

Aging Comes into Play For This Addiction…

Aging has a lot to do with this next addiction. We can’t stop the ravages of time, but a lot of people want to. A little cosmetic surgery is not uncommon in this day-and-age, yet there are several Americans in the 50 plus category that seem to have a real issue with aging and as a result a serious addiction to cosmetic surgery. Examples of such addiction include singer Michael Jackson, New York Socialite Jocelyn Wildenstein, and the French Performance Artist, simply known as Orlan.

According to the Pew Research Centre in the United States over half of Americans 65-years-old and up are on-line. Our parents and grandparents are more hip than we initially may have thought. Don’t go thinking this is totally cool though. Reports conducted through U.S Universities point out that it is not just young people who spend too much time on the computer; many older people have become addicted to social media tools like facebook, which can end up causing damage to relationships.

There are many other strange addictions that can take over an older person’s life. No matter how odd an addiction might seem though, the good news is that there is always a way to reverse it so people should never be afraid to talk to their doctors and ask for help.