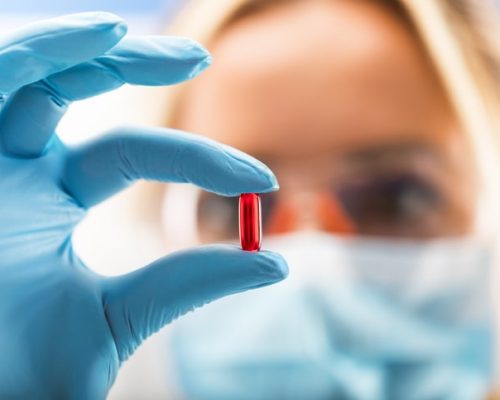 Is going to the bathroom a struggle for you? Do you sit on the toilet pushing and straining for something to come out? Do you feel bloated and uncomfortable throughout the day?

If this sounds like you, then you may be suffering from constipation.

Constipation is a lack of bowel movement or struggling to pass a bowel movement. You can feel sluggish and it can be quite frustrating to not be able to easily go.

There are many natural remedies for constipation, including increasing your fiber and water intake. But researchers have developed a new technique, and so far it’s been found to be successful.

A research trial has found that ingesting a vibrating pill can help promote a bowel movement, thus relieving constipation.

An Israeli company known as Vibrant developed a pill to be ingested which vibrates in the large intestine, causing contractions and movement to aid in the digestive process.

The pill is roughly the size of a fish oil capsule and taking it five times a week can result in double the number of bowel movements. Larger studies are required to determine effectiveness, but if all goes well, this pill could be available within about three years’ time.

The initial study involved 245 patients suffering from constipation. The participants took five tablets a week for two months and each pill was taken prior to bed. Half the participants received pills with electric mechanisms that were programmed to vibrate at different frequencies once they reached the large intestine.

The pill is intended to vibrate for one or two 2.5-hour periods within 24 hours after swallowing. After about one to two days, the pill is released through a bowel movement.

The other half of the participants received a placebo.

Larger studies are scheduled to take place in early 2019.

In the meantime, if you suffer from constipation, you can try and obtain some relief through a fiber-rich diet, drinking plenty of water, and regular exercise.