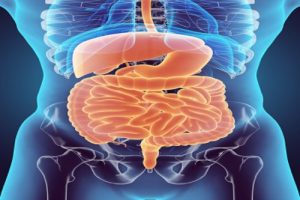 If you have more than three loose stools a day or less than four stools in total each week, you have irregular bowel movements.

Both diarrhea and constipation can be a big problem. Aside from the fact that irregular bowel movements can be uncomfortable, many people are embarrassed about it, especially those who are unable to control movements. These people are often afraid to socialize or go out in public for fear of needing to suddenly rush to a washroom or worse, have an accident.

It is expected that as we get older, the regularity of bowel movements decreases, but there are people of all ages that have irregular bowel movements.

What are normal bowel movements?

When we eat, it reaches our bowels, where the water and salts are absorbed. The food that is digested becomes more solid and then exits as a bowel movement. At least, this is the way the process is supposed to happen. Yet for some people, something goes wrong and they either have too many movements or not enough.

A lot of people think that having a regular bowel movement means “every day.” In actuality, we are all different and what is normal for one person may not be for another. There are those who have a bowel movement just three times a week, and this is still considered normal, as long as this is the individual’s usual pattern.

Changes in bowel pattern can be a temporary blip or a sign of a health problem.

Related: How to know if your bowel movements are normal

Irritable bowel syndrome: Also known as IBS or spastic colon, this bowel disorder includes abdominal pain and changes in bowel habits. It can cause either extreme diarrhea or constipation and is a chronic condition. Irritable bowel syndrome is the most common gastrointestinal disorder. It is estimated that between 10 and 25 percent of the population experiences IBS.

Ulcerative colitis: This inflammatory bowel disease leads to long-lasting inflammation as well as ulcers in the digestive tract. It impacts the innermost lining of the colon and rectum. It can lead to life-threatening complications if it is not treated properly. It is a disease that can go into remission at times.

Diverticulitis: This is an unfortunate disease of the large intestine. It develops from diverticulosis, which is a condition where pouches form on the outside of the colon. When one of the pouches becomes inflamed or infected, it is called diverticulitis. This condition can cause severe abdominal pain, fever, and nausea.

Familial adenomatous polyposis: FAP also causes irregular bowel movements. It is a genetic condition that is characterized by the development of polyps in the large intestine. While polyps begin as benign, if they are left untreated, they lead to colon cancer 100 percent of the time. Doctors remove all polyps found in the colon and suggest that first-degree relatives of colon cancer patients who received a cancer diagnosis before 60 years old start getting colonoscopy screening at age 40.

Thyroid problems: These problems can impact the metabolism. Hyperthyroidism or Graves’s disease, as it is also called, means you have an overactive thyroid gland. A sudden increase in the number of bowel movements is a common symptom of hyperthyroidism. People with this condition also develop swelling around the base of the throat. An underactive thyroid is called hypothyroidism. In hypothyroidism cases, the thyroid gland is not making enough thyroid hormone. Many people with hypothyroidism experience decreased bowel movements.

Menopause: Digestive problems are common during menopause, and aging, in general, slows down digestion, absorption, and elimination. Some studies suggest that between 35 and 40 percent of women in menopause experience periods of constipation.

Other causes of irregular bowel movements

There are some other irregular bowel movement causes that could be at play. Diet is one of the biggest reasons people have issues with either diarrhea or constipation. Often, the problem can be resolved by switching to a diet that is high in fiber. Those who suffer from constipation are told to eat plenty of fruits, vegetables, and whole grains, which provide dietary fiber. Drinking a lot of water is also important. The following list includes more causes of irregular bowel movements:

Over-the-counter laxatives can be a problem when they are used for extended periods of time. Research shows that long-term use may damage the muscles and nerves of the colon; however, studies continue in an attempt to determine if the laxatives are really the cause, or if the condition that already exists is made worse by the ongoing use of laxatives. Doctors call laxatives a last resort and suggest trying natural treatments first. When it comes to sedentary lifestyle, many people find that getting into a regular exercise routine, which means daily fitness, solves their constipation problems.

Many medications can either cause increased bowel movements or decrease bowel movements. This is why it is so important to discuss potential side effects with your doctor whenever you are prescribed a new medication, especially if you are already experiencing problems with movements.

When diarrhea is a big issue, some people practice bowel suppression. This is when you control or inhibit the elimination of feces. We’ve all had times when we had to go but no washroom was in site, so suppression was necessary. Suppressing movements on an ongoing basis can often lead to the opposite problem—constipation.

In some cases, symptoms of irregular bowel movements can happen gradually, while in other cases, you notice signs suddenly.

Here are some irregular bowel movements symptoms associated with diarrhea:

When an individual is suffering from diarrhea or constipation and experiences any of the following symptoms, it is important to see a doctor as soon as possible.

In many situations, irregular bowel movements can be treated with diet, exercise, and other natural remedies. With diarrhea, when the problem is caused by a bacterial or parasitic infection, people will likely need specific medication. Furthermore, those who suffer from cardiovascular problems and have constipation should discuss the issue with their doctors since straining can cause more problems.