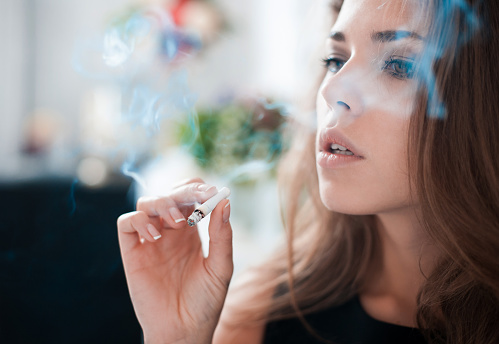 To smoke or not to smoke? That question has been answered emphatically by the rising numbers of lung cancer and heart disease incidence. But the dangers of social smoking remain ambiguous.

Social smokers are defined as people who don’t smoke daily but often smoke in certain social situations. For example, when going out for drinks with friends, or catching up with co-workers during a break.
Social smokers feel less guilty about lighting up, thinking they are off the hook.

But new research is warning that occasional smokers who don’t light up regularly could still end up with the same risks for heart disease as people who smoke every day.

In a recent study led by Dr. Kate Gawlik, a clinical nursing professor, researchers analyzed the results collected from 39,555 people. Among the participants, more than 10 percent were social smokers and did not smoke every day. The researchers found that social smokers tended to be younger—between 21 and 40—male, and Hispanic.

The group also consisted of 17 percent current smokers who lit up one cigarette every day.

For the study, the researchers did not consider the long-term effects of smoking but focused only on hypertension and cholesterol, both of which are markers for heart disease.

At the end of the study, the researchers found that a whopping 75 percent of current and social smokers had high blood pressure and 54 percent had high cholesterol levels.

Social smoking is as dangerous as regularly smoking

After adjusting for demographics and biometric differences between smokers and non-smokers, the researchers concluded that there was “no difference” between the risk of hypertension and high cholesterol.

Based on these findings, Dr. Gawlik’s team is recommending that frontline healthcare workers should start identifying social smokers. Instead of asking if patients are smoking, doctors should ask if they smoke cigarettes or use tobacco at all, whether in social situations, at work events, or at family gatherings.
“When was the last time you had a cigarette, or used tobacco?” could be a question that doesn’t force patients to label themselves as “smokers” or “non-smokers.”

The team accepts that there are limitations to the study, as participants volunteered instead of being randomly selected. They reported their own smoking habits while scientists checked for blood pressure and cholesterol. But all things considered, the team concurs that “not smoking at all is the best way to go. Even smoking in a social situation is detrimental to your cardiovascular health.”

And if you still need more proof, look at the warning by the Surgeon General on the cigarette pack. It’s there for a reason.