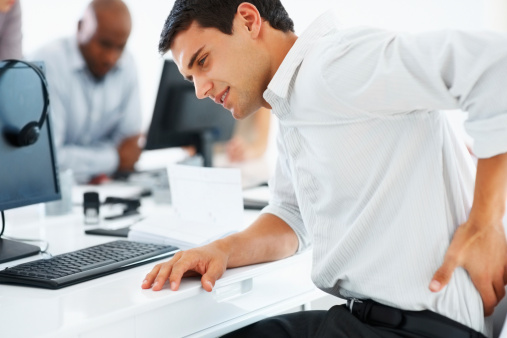 Before I begin, I’d like to mention that I have some surprising news that you may want to stand up for. That’s right, stand up; because what you are currently doing can be severely harming your health.

Years ago, our ancestors’ average day consisted of hunting (or running from) wild animals, gathering foods to eat, or tending to crops. As our species evolved, our society has shifted to a much more sedentary lifestyle. Gone are the days of working the fields and cultivating crops. Today, the majority of North Americans spend their day sitting behind a desk in front of a computer screen or on a couch watching TV; this has been an inevitable shift caused by the digital revolution.

The result of this shift has us sitting for a large portion of our day. On average, people spend over eight hours a day sitting; that’s more time than the average person spends sleeping. Unfortunately, many studies are now suggesting that sitting can be one of the worst activities (or lack thereof) that contributes to many of the health issues we currently suffer from.

The problem with sitting is that humans were not built to do it for extended periods of time. The concept of sitting for hours on end has only taken root in the last half-century or so, and the impact on our health is widespread. A study conducted by the American Cancer Society found that people who sat for more than six hours a day had a 40 percent higher chance of dying in the next 15 years, compared to someone who sat for three hours a day or less. A similar study found that people who sit for more than six hours a day see a decrease in their quality of life by seven years.

Many people are aware that a sedentary lifestyle is unhealthy and can lead to weight gain or cardiovascular problems. However, contrary to popular belief, exercising seems to have very little impact on a person’s health if the majority his or her time is spent sitting. As your doctor, it’s important that I explain to you the consequences of sitting for too long, and how you can reverse these effects.

The Uncomfortable Truth About Sitting

Scientists have spent many years establishing what happens to a person’s body when they sit. They found that sitting ultimately affects every part of a person’s body, both internally an externally.

Back Pain: Almost every person has complained of back pains after sitting for too long.

Hip Pain: If you’ve ever experienced discomfort in your hips, it’s largely a result of sitting for too long.

Weight Gain: Perhaps the most obvious part of our bodies—the one on which the sitting happens—is the one that suffers most.

Headaches: Unfortunately, the upper body is not spared from the side-effects of sitting at a desk.

If you’re starting to shift in your seat, it might be time for a stretch. However, while the physical effects of sitting can be uncomfortable, the hidden effects are far more dangerous.

Cardiovascular: Perhaps even more alarming is the long-term effect that sitting has on cardiovascular health.

Taken into perspective, these effects are a catalyst to change our behaviors. After explaining the consequences of sitting to my patients, many of them point out that they exercise regularly after work, believing that they are “safe” from the dangers. Unfortunately, countless studies have shown that exercise cannot reverse the effects of a sedentary lifestyle. That solution would be akin to putting a band-aid on your head to heal a headache; the two are not related. In order to mitigate the effects of extended sitting, there are a number of practical changes that must be made. 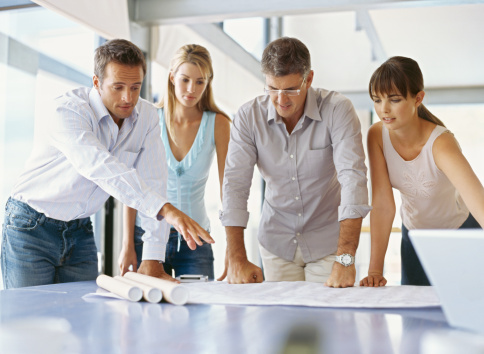 Stand up For Your Health

While you may now be worried about the effects that sitting has had on your body, remember that you are sitting in the driver’s seat and you hold the key to your health. Make sure to reverse the effects of sitting by adopting a more active lifestyle, take more frequent breaks to stand, walk, and move more to improve your overall health.