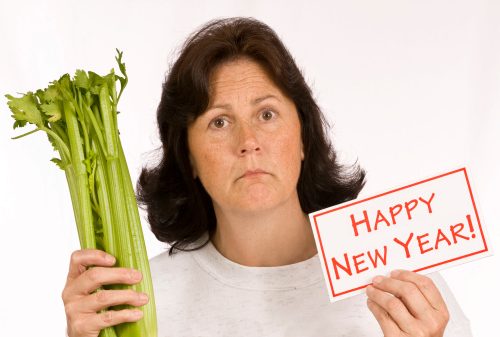 With the New Year still in its infancy, many people are working hard to improve their lives. To many, the New Year symbolizes a time of re-invention.

Unfortunately, many New Year’s resolutions are abandoned almost as quickly as they are conceived. That doesn’t mean, however, that sticking to a resolution is impossible. The following is a list of the top resolutions most likely to be broken, and how to stick to them.

Lose Weight and Get Fit
Joining a gym is a top resolution for many. In fact, statistics indicate that gyms often experience a 25% increase in membership every January. Unfortunately, roughly 60% of those members fail to keep up with their appearances after about six weeks.

Eat Healthier
Eating healthy is another popular resolution that can be met with limited success. Part of the reason, explained a Spokesperson at the University of California, Los Angeles, is that people are too restrictive with their diets. She advocates that people do their best to live healthily, but without going to extremes. Dieticians typically recommend the best way to come up with a successful diet is by planning meals. Therefore, taking a Sunday afternoon to plan your meals through the week should help to ensure you purchase and eat the right things. It’s also important to keep eating small, healthy meals and snacks throughout the day. This limits hunger and decreases the urge to snack on fat-filled treats. Furthermore, eating every 2-3 hours speeds up your metabolism and restores glucose levels in the bloodstream. A social scientist at the University of Florida recently linked willpower to mental energy, so maintaining that energy – and thus the willpower to stick to your diet – requires consistent glucose levels.

Quit Smoking
Recent data published by the CDC illustrates that in 2008, 43% of smokers attempted to quit. However, it also showed that only about 10% are successful. Although there are no proven methods to quit smoking, one that could work is imposing a penalty on yourself for smoking. Perhaps make a bet with a friend or family member that requires a payment if you light up.

Drink Less Alcohol
Because of the prevalence of alcohol in society, it can be very difficult to keep up with this resolution. In order to combat consuming too much alcohol, experts suggest that individuals think before they drink. They encourage people to think of the poor feelings that arise the morning after drinking as a motivation to curb behavior. Doctors also recommend, if in a social setting with friends who are drinking, to order carbonated water, club soda, or tonic water. Add a slice of lime and it will create the sensation of drinking without the affects of alcohol. Finally, another way to avoid drinking is to offer to be a designated driver.

Limit Stress
Ironically, stress can provide something to worry about, which can add more stress. One of the ways to combat this is by accepting the fact that a slip doesn’t have to cause a person to derail completely. Instead, focus on the fact that life happens and get back on track. From a medical standpoint, some experts have suggested that drinking at least 8 glasses of water a day can help to reduce stress. Studies have shown that a well-hydrated person is less stressed. Doing some light exercise, like taking a walk, has also shown to reduce stress.

Learning Something New
Research has shown that happiness can be closely tied to health. With that in mind, it is important to a person’s health that they take on new hobbies, activate their brain and experience enjoyment. Of course, finding the time and confidence to do something new can pose challenges. Scheduling dedicated time during the week can greatly assist in pushing a person to stick to their new hobby. Try picking something realistic that can be worked into an existing schedule. If it’s a big event, like a vacation, come up with a deadline and stick to it.

However common, failure is not the only outcome for a new year’s resolution. Making health improvements in 2012 is a realistic possibility for those who are willing to take the next step.