Home » General Health » Stevia sweeteners are not altered during purification 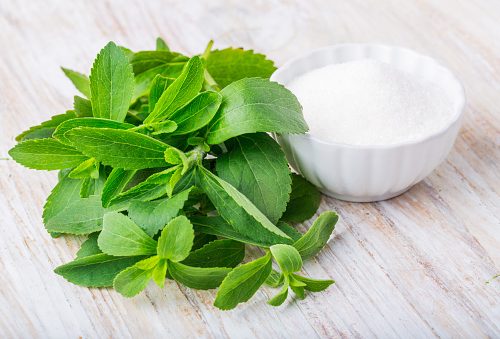 A new study from the University of Bonn in Germany has found evidence that sweeteners made from stevia leaf extract are not altered during the extraction and purification process.

Stevia sweeteners are made from glycoside extracts taken from the stevia leaf. There are currently more than 40 different steviol glycosides, all of which come from the stevia plant. These plant-based sweeteners have been on the market for some time now, often advertised as zero-calorie and all-natural alternatives to standardized white cane sugar. However, many remain skeptical of the veracity of these claims, despite studies showing the naturality of the sweeteners and the fact that they are approved for use in most countries.

According to Eurekalert, “All 40 plus steviol glycosides have U.S. GRAS (Generally Recognized as Safe) status, have been approved by Health Canada, Food Standards Australia New Zealand (FSANZ), and most recently by the Joint Expert Committee on Food Additives (JECFA). While the European Food Safety Authority (EFSA) is evaluating the approval of all 40 plus, they currently specify the use of 11 steviol glycosides in high-purity stevia leaf extracts.”

Comparing stevia-sourced sugars to the leaf itself

A new study done at the University of Bonn in Germany has examined the commercial extraction and purification of these glycosides to determine if the sugars are at all modified during these processes. This study is the first of its kind to be performed on steviol glycosides. The researchers looked at commercial-grade stevia sweeteners and compared the glycoside patterns to those of the glycosides found within the stevia leaf and the first water extract from them. The study focused on only the original nine steviol glycosides, defined as such by the Joint Expert Committee on Food Additives back in 2010.
Provided by PureCircle, ltd., three separate batches of the stevia leaves that are used to make the commercial stevia sweeteners were examined. The samples of the commercial sweetener powders all contained the same nine steviol glycoside patterns that were found in the original dried stevia leaves and in their first water extracts.

The findings of this study were clear. There were no changes to the glycoside patterns found from the dried stevia leaves, their first water extracts, and the final commercial-grade sweeteners that can be found in stores.

This research makes it obvious that there are no alterations made to steviol glycosides through the commercial extraction and purification processes. The commercial-grade stevia sweeteners differed from the stevia leaves only in their packaging. This reinforces the naturality that these sweeteners claim to have. These findings should reassure consumers who questioned the truth of the “all-natural” claim that accompanies these sweeteners on the shelves.