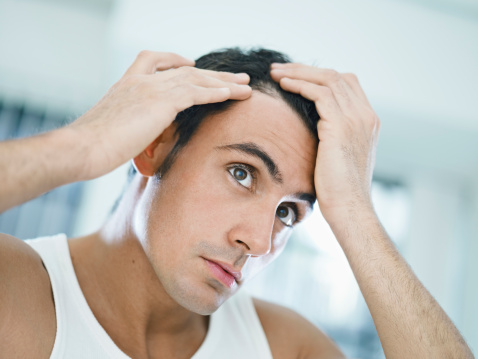 Over the last 30 years there have been too many hair loss replacement gimmicks to even begin to count. Some people trust them because they are looking for a quick solution. Today scientists believe they could actually have a real hair loss solution, but it is a remedy that will need time to take root.

A research group at the Tokyo University of Science has developed hair regeneration from adult stem cells. A lot has already been reported about the possibility of human stem cells and their ability to replace organs that have experienced damage or injury. Experimentation with hair follicles seemed like a logical step.

A Cure for Hair Loss to Look Younger

Through bioengineering techniques, the research team was able to demonstrate how hair follicle germ, reconstructed from adult stem cells and dermal papilla cells can regenerate fully functional hair follicles and thus grow hair. Scientists say that the hair follicle was able to form the appropriate connections with the epidermis, which is the outer layer of our skin.

The Tokyo researchers believe their work proves that there is some potential for adult tissue derived from follicular stem cells to one day be used as organ replacement therapy. Just imagine damage to a lung, damage to a heart or damage to eyes being repaired in a way that under today’s medical system would require an organ donation.

Research on stem cells began over 50 years ago, but it is intricate work and only in recent years have major breakthroughs been achieved. As medical research has progressed so has the controversy. There has always been moral debate over stem cell retrieval from embryos and now there is doubt as to how quickly the medical establishment can in fact implement stem cell therapy, whether the source is embryos or adult stem cells. While some scientists insist that stem cell therapies for damage to human organs and tissue is just years away, others argue that we have a long way to go before the concept can in fact be put into practice.

For people who are eager to look younger, hair regeneration from stem cell replacement can’t come soon enough. In North American 50 million men and 30 million women suffer from hair loss. Below you will find a list of the primary reasons for baldness.

Some people worry that going bald will damage their image and others simply want to look younger. There are anti-aging tips you can follow to keep your hair and scalp from becoming more susceptible to baldness. Nutritionists say your diet plays a huge role in hair stability. Protein and iron are essential for a healthy scalp. Foods full of antioxidants like salmon and blackberries are good for your hair. Studies have shown that vitamin B, C and E, as well as magnesium and zinc are good for your scalp and hair follicles. There has also been some research that indicates circulation may be connected to hair growth. Some hair experts have even suggested that people who exercise more are less likely to face hair loss problems.

As for the concept that stem cell regeneration can treat baldness when it happens…stem cell researchers who have reviewed the Tokyo study suggest it shows promise. They point to earlier medical reviews that mention animals such as peacocks that regenerate their feathers all the time on their own. If they can do it, perhaps it is possible for humans.