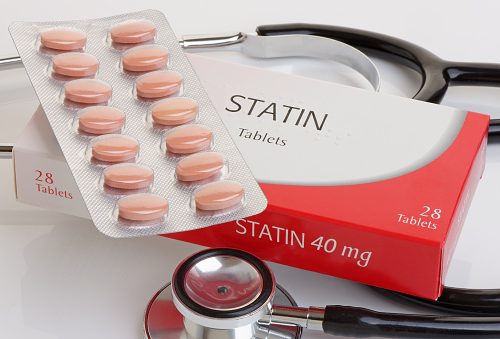 Cholesterol is an essential substance needed by the body to help build healthy cells, but too much of it can cause fatty deposits to appear in your blood vessels, leading to an increase in your risk of heart disease. Having cholesterol-laden vessels reduces the flow of oxygen-rich blood to vital organs such as your brain and heart, with decreased flow leading to a stroke or heart attack. There is very effective treatment, however, and it comes in the form of lipid-lowering agents called statins that have proven to reduce cardiovascular risk. Sadly, this medication is often discontinued by patients due to the supposed side effect of muscle pain, but according to new research, statin medication doesn’t actually cause muscle pain.

Statins work by utilizing an enzyme in the liver, therefore decreasing the amount of cholesterol the body makes. They also enable the liver to remove cholesterol from the blood, and through these two actions, total cholesterol levels lower. A very common side-effect of statins is muscle pain or weakness that occurs from using them, which leads many people with high cholesterol to stop using them. Muscle pain is so synonymous with the use of statins that people tend to avoid them outright, despite their life-saving capabilities.

This led scientists to want to uncover the mechanism behind muscle pain caused by statin use. By gathering data from nearly 10,000 people in Britain, Ireland, and Scandinavia between 1998 and 2004, the researchers found that giving patients a cholesterol-lowering medication but not stating it was a statin reduced complains of muscle aches. However, when they were told they were actually taking statins, 41 percent more people started complaining about muscle ailments.


The researchers attribute this finding to a psychological phenomenon called the “nocebo” effect, which is considered the opposite of the “placebo” effect. It essentially happens when people suffer side-effects because they expect to. This is possibly the result of multiple reports and peer reinforcement of alleged side-effects from statins which have convinced people to experience them, leading them to stop taking the drug.

“Patients can experience very real pain as a result of the nocebo effect and the expectation that drugs will cause harm,” said the lead author of a study, Peter Sever of Imperial College London.

The researchers find this quite troubling, as the medication itself outweighs any potential risks. They go on to say that statins do have risk factors associated with its use, much like the majority of pharmaceutical medications on the market, and muscle pain and weakness are still one of them, but this particular symptom is far less common that it is perceived to be.

“If you are at high risk of cardiovascular disease or have had a heart attack or stroke and a statin is recommended, fear of muscle-related side effects alone should not prevent you taking a statin,” said Amitava Banerjee of University College London, an expert in drug trial analysis.

Statin use may boost outcome of heart surgery