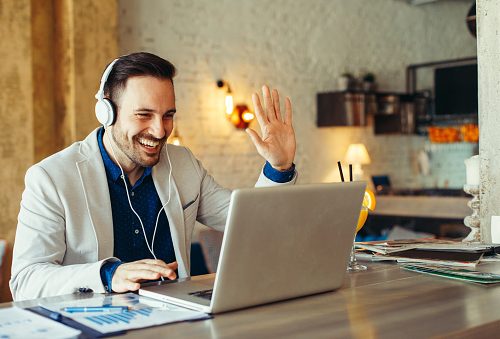 A new study shows that online speech therapy renders similar results as therapy given in person.

It can often be difficult to access speech therapy services. This is what makes online or telecommunication therapy such a great option for so many people. It allows healthcare practitioners the ability to broaden their range of patients and allows the patients to access the therapy they want in the comfort of their own homes.

A major reason for patients to seek telecommunication therapies is accessibility. Many patients live in rural areas and simply do not have the ability to access the resource of in-person therapy due to travel times or lack of facilities within a feasible distance. Other patients may have mobility issues or could be unable to travel on their own to reach a speech therapist. These are some of the patients that telecommunication can benefit the most.

One question remains for some speech-therapists and students alike: does telecommunication therapy actually work as well as lessons received in person? Well, according to new research done at Baycrest’s Rotman Research Institute, the answer is yes.

The study followed 44 patients who had been recently diagnosed with a speech disorder caused by a stroke. The first few months after diagnosis has been identified as the crucial time frame for receiving therapy for it to have the greatest effects. It has been shown that therapy can benefit patients for many years after their initial diagnosis.

For their first week in the study, all 44 participants received a skills assessment and in-person therapy session. They were then separated into either a telecommunication program or an in-person program. Both lasted for a period of 10 weeks. At the end of the 10 weeks, the participants underwent another skills test and a questionnaire asking about their overall experience with the therapy program. Their speech therapist also commented on their perception of the patient’s progress.

The results of the study were mixed. The patient’s communication skills improved equally between patients who received their speech therapy online and those who saw a therapist in person. Yet those who did the telerehabilitation often felt less confident in what they had learned and their ability to employ their new skills than those who did their sessions with their therapist present in the room.

This lowered confidence in the online patients is of concern to the researchers. Lacking confidence in one’s abilities can often lead to continued isolation for many patients. One of the keys to improving and continuing to grow one’s skills is social exposure and continued the practice in these settings. This would be something to keep in mind for anyone interested in telecommunication therapy. Getting out and continuing to practice in more social settings will be what brings about the most improvement and what solidifies the skills you will have learned.