Home » Brain Function » Memory » How to slow down memory loss 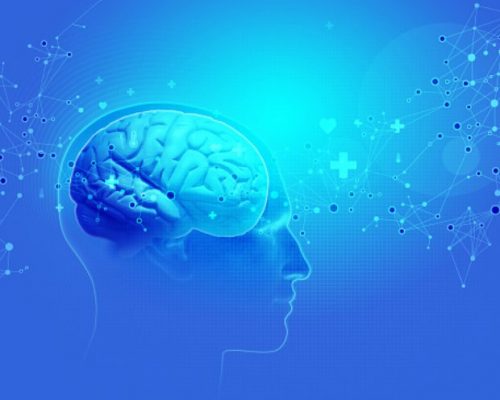 As many as 5.1 million Americans may be affected by Alzheimer’s disease, and the incidence of this memory-stealing disorder is growing as the population continues to age. Dementia is not a normal part of healthy aging, but with such scary statistics, many people associate old age with Alzheimer’s. While the risk of developing this brain condition doubles every five years past 65, there’s also early onset dementia. About half a million Americans under 65 have some form of dementia.

Medical and social organizations work hard to raise public awareness of risk factors and the importance of a healthy lifestyle to prevent or delay brain deterioration. Still, it seems that we have yet to crack the code to successful brain aging. This was at the center of discussion at the recent Cognitive Aging Summit in Maryland. The researchers from different medical institutions and universities came together to look at factors that contribute to strong brain health.

A few concepts stood out. One of them is cognitive resilience, which is the brain’s coping ability. It encompasses the strategies we use to recognize and adapt to changes and disruptions, as well as the brain’s coping mechanisms on a neurochemical level.

Another important concept is cognitive reserve. It’s the mind’s resistance to brain damage. In other words, it’s the ability to preserve clear mind and sound functioning in spite of possible brain pathologies. As you can see, sufficient cognitive reserve provides crucial protection to our mental faculties. A better understanding of the science behind it could inform the development of working strategies to boost this reserve, contributing to healthy aging.

Keeping our mind and memory strong

Education and intellectual development have been generally accepted as factors to boost cognitive reserve. People with substantial education and advanced intellectual capacity live longer without dementia. The interesting thing is, this reserve does act as a buffer in case of injury. People with more reserve experience less cognitive decline, even with a certain degree of brain damage.

Claudia Kawas from the University of California, Irvine, conducted a study of participants over 90 years of age. The results demonstrated that the amount of amyloid in the brain (the protein closely associated with Alzheimer’s disease), does not define the scale and speed of cognitive decline in later life. Autopsies revealed that eight of the participants who scored best on memory tests had lots of brain pathologies, ranging from small to full-blown plaques and tangles.

This was yet another piece of evidence that perfect brain health does not always equate to better memory.

A study of 1,200 brain autopsies concluded that brain pathologies account for only 40 percent of cases of mental deterioration. But what about the other 60 percent?

And what is it that protects our brain function even in the face of impending amyloid accumulation?


Higher brain volume is the key?

Emily Rogalski from Northwestern University in Chicago hypothesizes that brain atrophy may have something to do with cognitive resilience and age-related memory loss. She studied people over 80 with episodic memory scores compatible to the scores of middle-aged people. The cortices of the elderly in the study shrank at half the rate of the average 80-year-olds.

Another study examined the brains of people over 70 who were at elevated risk for Alzheimer’s disease either by virtue of amyloid accumulation in the brain or due to family history of the condition. The study subjects were free of Alzheimer’s, had a normal cognitive function, and even performed better on memory tests than their low-risk counterparts. The brain scans revealed greater volume in several brain areas.

The take-home message here is that it may very well be a higher brain volume that is protecting the sound cognitive operation in these people. Yet another reason to exercise our minds alongside our bodies.