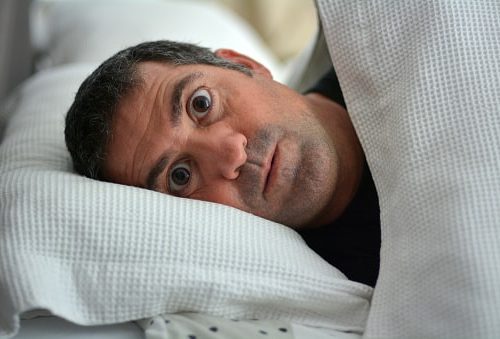 Normally, during REM sleep the body becomes temporarily paralyzed, but in a person with a REM sleep disorder, this relaxation of the muscles does not occur, causing affected individuals to move, cry out, and flail around with their arms and legs. By combining biological factors, many neurological diseases like REM sleep disorder could be diagnosed earlier. Unfortunately, sleep history is often not documented in a person’s medical file, so the information is not there in order to diagnose patients earlier.

Dr. Philipp added, “We have to raise awareness on this matter. Improved early detection in the future could also improve the therapeutic results.”

Insomnia or poor sleep quality may also indicate rare neuroimmunological diseases caused by antibodies. In one case study, a 69-year old man who was active in his sleep and had poor sleep quality developed gait abnormalities had ocular motor problems, and also chorea-like movement disorders entailing involuntary, jerky and irregular movements. The man was later diagnosed with an autoimmune disorder years later. His previous sleep problems were an early indicator of this.

Dr. Philipp concluded, “Asking questions, listening and documenting are the least expensive and easiest ways of diagnosing these complex diseases. We should use them. The therapeutic approaches are still expandable. Nonetheless, early detection is essential, especially for neurodegenerative disorders.”