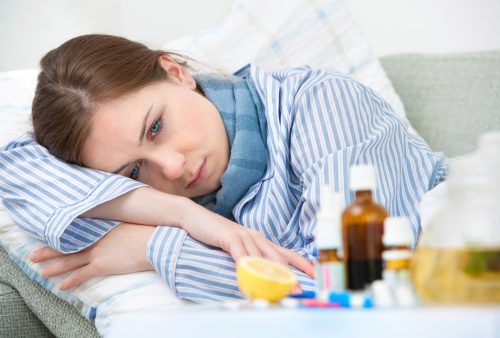 The team involved in the study reports that when exposed to the common cold virus, people who get only six hours of sleep a night (or less) have a higher chance of catching a cold than those who get seven or more hours of sleep every night.

According to the National Sleep Foundation, one in five Americans obtain less than six hours of sleep on an average work night. The Centers for Disease Control and Prevention (CDC) have gone so far as to call insufficient sleep a ‘public health epidemic.’ They have linked poor sleep to industrial disasters, motor vehicle crashes and occupational errors. Poor sleep has also been linked to poor metabolic health and heart attacks and stroke.

Short sleep duration and poor sleep continuity have long been seen as a causative culprit for infections. Previous research used subjective measures of sleep as data, and as one can expect, this had many limitations; the biggest of all was that it was subject to recall bias. Therefore, during the current study, researchers aimed to find the common cold incidence following experimental viral exposure in people whose sleep was measured behaviorally using wrist actigraphy.

For the purposes of the study, the researchers used 164 healthy men and women volunteers (ranging from 18 to 55 years of age). Their sleep duration and sleep continuity over seven consecutive days was assessed using wrist actigraphy and sleep diaries. After seven days the participants were quarantined and administered nasal drops containing the rhinovirus. The participants were then closely observed for five days to see the development of a clinical cold. Their mucus samples were taken each day and analyzed to assess the progress of the virus.

The researchers noted that shorter sleep duration was associated with an increased likelihood of developing a clinical cold. Specifically, those sleeping less than six hours were at greater risk of developing the cold when compared to those sleeping more than seven hours per night.

This association was independent of pre-challenge antibody levels, demographics, season of the year, body mass index, psychological variables and health practices. It didn’t matter how old people were, what their race, education, or income was, and what their stress levels were like. It also didn’t matter if they were smokers or non-smokers. Ultimately, in the final analysis, all that mattered was the duration of sleep.

According to lead author Aric Prather, who is also an assistant professor of Psychiatry at the University of California-San Francisco (UCSF), short sleep was the most important factor in predicting a subject’s likelihood of catching the common cold. In fact, it should top the list of common cold causes.

The team believes that sleep and the immune system are closely linked and that poor sleep leads to a weak immune system. Given that our body’s immune system is constantly being compromised by our modern diet and lifestyle, the importance of a good night sleep is being given top priority by health practitioners. So, if there is a bug going around, getting enough sleep is just what the doctor ordered.