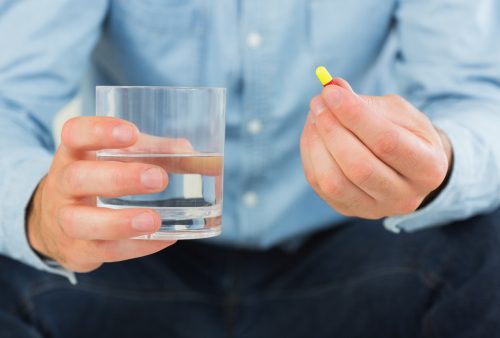 Skin abscesses are often treated by draining the abscess. However, new findings suggest that treatment can improve with the help of antibiotics. The researchers found patients who took antibiotics and had their abscess drained had improved recovery.

Dr. Marc Siegel explained, “The conventional wisdom has been that you don’t really need antibiotics. But this moves the needle on this, and suggests that maybe there is a benefit to putting patients on prophylactic [preventive] antibiotics.”

Abscesses are pus-filled infections that occur beneath the skin. Treatment for abscesses occur on an outpatient basis and the doctor will make a small incision and drain it.

The primary bacteria that causes abscesses is Staphylococcus aureus, which also includes the drug-resistant MRSA bacteria. The researchers were interested in improving recovery time by adding antibiotics to treatment plans.

To test their hypothesis, the researchers tracked nearly 800 abscess patients. Two-thirds of the patients were adults and one-third were children.

Nearly half of the removed abscesses contained MRSA bacteria, which is becoming a public concern due to it becoming increasingly difficult to treat, as it is resistant to many antibiotics.

The researchers used two types of antibiotics: clindamycin and trimethoprim-sulfamethoxazole (TMP-SMX). These antibiotics are not commonly used but have been shown to be effective against MRSA.

After 10 days of treatment, over eight of ten MRSA-infected patients saw a total clearance of the infection. Only 63 percent of those who did not receive antibiotics were cured.
Furthermore, clindamycin resolved 89 percent of standard S. aureus infections, while TMP-SMX achieved an 80 percent cure rate. In the non-antibiotic group, the cure rate was slightly below 66 percent.

Sigel suggests that the use of antibiotics to treat an abscess is particularly beneficial for diabetics who have difficulties with wound healing, along with individuals with compromised immune systems.

Dr. Kenneth Bromberg agreed that the findings will change doctor’s way of thinking when it comes to treating skin abscesses. He added, “I think doctors should adopt the use of antibiotics in most patients based on this study.”

The Healthy Truth: I treated an abscess with apple cider vinegar, and this is what happened