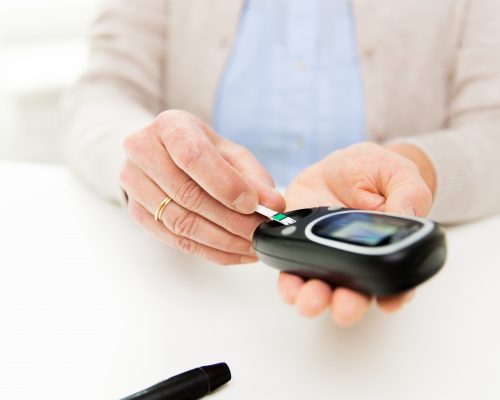 New research from the Yale School of Medicine has found that the size of the mitochondria in certain brain cells plays a role in the regulation of blood glucose levels.

The management of blood sugar levels is critical for those with type 1 and type 2 diabetes, as levels that are too high or too low can be dangerous. The team discovered that changes in the size of mitochondria in the brain cells that help to regulate appetite affect the body’s blood glucose levels.

Professor Sabrina Diano led the team, which used mouse models to monitor the mitochondria in relation to blood glucose levels. A specific mitochondrial protein called dynamin-related protein 1 (DRP1) was missing in some models and present—in varying amounts—in others. The mitochondria of these cells changed size and shape due to the DRP1, depending on whether or not the mouse was hungry. Diano explained, “We found that when DRP1 activity in the neurons was missing, these neurons were more sensitive to changes in glucose levels. What surprised our research team was that these intracellular changes in this small subset of neurons were specifically important to increase blood sugar levels during a fasting period by activating the so-called counter-regulatory responses to hypoglycemia, in which the brain senses lower glucose levels and sends signals to peripheral organs such as the liver to increase glucose production.”
Understanding how these cellular variances affect the regulation of blood sugar levels could help scientists address complications in diabetic patients due to spikes and dips in glucose. Diano and her team have concluded that their findings may imply that changes to the mitochondria could help combat the development of hypoglycemia-associated autonomic failure, a complication that arises most commonly in those with type 1 diabetes who require insulin.