Home » Men's Health » This simple test can save your life 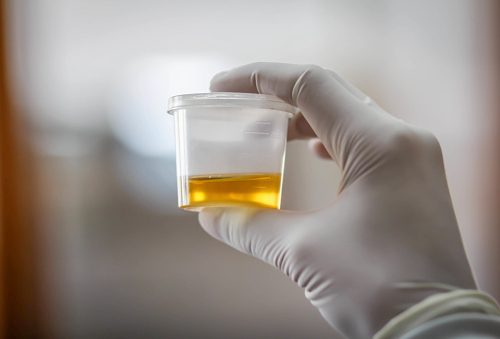 No one likes to go through medical tests. It can be stressful and cause unnecessary anxiety. This is why doctors are trying alternative methods to obtain the results they need to prevent unnecessary, sometimes invasive testing.

On the list of dreaded medical tests are prostate biopsies. To perform this procedure, a needle is inserted into the prostate gland to remove tissue samples. Men undergo this test when PSA levels are of concern. The good news is that men may no longer need to endure such a test as a new screening method is being researched and shows promise.

Researchers have identified molecules that may be responsible for the scent of prostate cancer. Meaning, sniffing urine may be a new form of testing to detect prostate cancer.

Principal investigator Mangilal Agarwal explained, “The idea for this project started with a study published in 2014 showing that trained canines could detect prostate cancer with greater than 97 percent accuracy.”

Presenter of the study Amanda Siegel added, “If dogs can smell prostate cancer, we should be able to, too.”

Prostate cancer is the third most common cancer in America. Early detection prognosis is far greater than it would be if detection was delayed. Unfortunately, diagnosis can come with some challenges.

After doctors check a man’s PSA levels through his blood, they determine whether or not a biopsy is necessary. But increased PSA levels aren’t always an indicator of prostate cancer, they could signify other problems, so going in to test the prostate can sometimes be unnecessary.


Siegel continued, “Currently, about 60 percent of men who get a biopsy to test for prostate cancer don’t need to get one. We hope our research will help doctors and patients make better-informed decisions about whether to have a biopsy, and to avoid unwarranted procedures.”

To validate their findings, the researchers will carry out a larger study. They have applied for funding and hope to work alongside dog trainers to determine whether or not dogs would be able to sniff out cancer from urine samples.

If their findings hold true, then future prostate cancer screening may be as easy as a urine sample being sent to a lab. The ultimate goal for the researchers is to have an in-clinic test which doctors could verify prostate cancer right in the office.