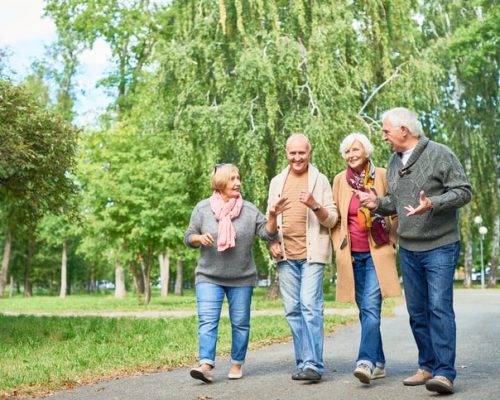 You may think that because you’re older, having strong muscles doesn’t matter, but you’re wrong. Researchers at King’s College London have found that muscle fitness is closely related to brain aging.

The researchers found that interventions like increasing walking can have a positive effect on the brain.

The study looked at 324 healthy female twins that were part of the TwinsUK volunteer registry, which measured various health and lifestyle predictors. The researchers were able to control for genetic factors along with monitoring cognitive health.

They found that the twin with more leg strength at the start of the study maintained better cognitive function compared to the one with weaker leg muscles. These twins also had fewer brain changes over the course of 10 years.

Previous studies explored that physical activity had a positive effect on brain aging because exercise encourages the release of hormones, which encourages nerve cells to grow.

This is the first study of its kind to reveal the connection between strong lower limbs and cognitive ability.

Lead author Dr. Claire Steves explained, “Everyone wants to know how best to keep their brain fit as they age. Identical twins are a useful comparison, as they share many factors, such as genetics and early life, which we can’t change in adulthood. It’s compelling to see such differences in cognition and brain structure in identical twins, who had different leg power ten years before. It suggests that simple lifestyle changes to boost our physical activity may help to keep us both mentally and physically healthy.”

Additional studies are required to better understand the relationship between lower limb strength and cognitive function. The researchers speculate that factors like age-related changes in immune function, blood circulation, or nerve signaling could play a role.

Lastly, additional research is needed to determine if this association is found among men. Generally, it’s recommended that people of all ages should maintain physical fitness levels to support overall good health.