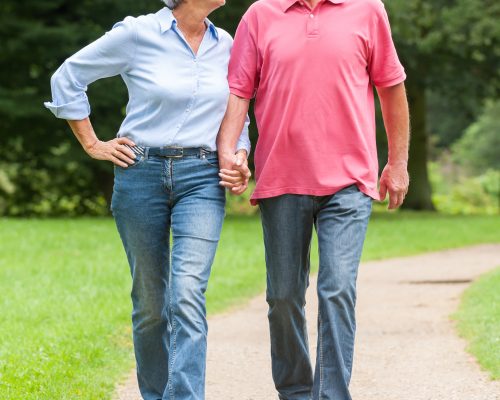 Don’t we all like an easy fix for medical problems? Well, here’s one that doesn’t involve popping a pill (I try to steer people on a more natural path) but should have you lacing up those walking shoes in no time.

New research from China Medical University Hospital in Taiwan is showing real promise. The research, published in the Clinical Journal of the American Society of Nephrology, found that patients with chronic kidney disease (CKD) who walked regularly have a much better fate. In fact, they were 21 percent less likely to need dialysis treatment or a kidney transplant and 33 percent less likely to die compared to those who didn’t do the exercise, Medical News Today reported.

With 26 million Americans living with CKD, according to the National Kidney Foundation, this research points toward the power of exercise to help manage the condition and help prevent costly and resource-intensive treatment.

When your kidneys stop working

Chronic kidney disease, also known as chronic renal failure or CKD, is a gradual loss of kidney function that can lead to problems related to waste buildup as the disease progresses. Patients with later-stage CKD could experience health problems like high blood pressure and nerve damage as their kidneys lose the ability to remove waste and excess water.

When the kidneys stop working completely, a patient has end-stage renal disease or full kidney failure. This is the worst case scenario and means either a kidney transplant or daily dialysis treatment is necessary to ensure survival. Staving off full kidney failure becomes the most attractive option and this research is showing that the simple task of walking could be just the trick.


How this simple low-impact exercise can help

Over the 10-year period between 2003 and 2013, ChinaMedicalUniversityHospital researchers looked at 6,363 patients with CKD, with an average age of 70. The patients were each followed for an average of 1.3 years and were all in the final stages of the disease.

RELATED READING: What your pee says about your health

“A minimal amount of walking–just once a week for less than 30 minutes appears to be beneficial,” study co-leader Dr. Che-Yi Chou said. “But more frequent and longer walking may provide a more beneficial effect.”

Certainly reason to walk tall and proud, and pump those arms, for your health.