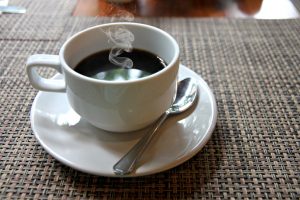 The phase one study conducted by researchers at Western University and Lawson Health Research Institute found that occasional coffee consumption can have a negative impact on a common type of blood pressure medications known as calcium channel blockers.

The researchers suggest that these findings could have large implications on proper diagnosis and management of high blood pressure. Dr. Bailey continued, “If you were to, for example, have coffee on the morning of a visit to see your local doctor for a checkup, they may find your blood pressure a bit high. When in actual fact, it’s not due to the fact that you have a problem, an abnormality in how your blood pressure is regulated – it’s just that you had coffee earlier in the day.”
Occasional coffee drinking is defined as having a cup of coffee twice a week or less. Many people can relate to these findings, yet little research has been conducted on this particular subject to better understand the relationship.

“It’s even more emphasized by the fact that guidelines from societies that deal with high blood pressure in North America, in Europe, in Canada have no comments about coffee consumption or the potential interaction with drugs that lower blood pressure,” Dr. Bailey concluded.

Although coffee has been associated with numerous health benefits, including boosting metabolism, protecting the liver, and reducing the risk of heart disease and diabetes, these benefits are not as universal as once believed. As demonstrated, coffee may actually be harmful for those on blood pressure medications. Additional research is required to better understand the relationship between coffee and blood pressure in order to offer better recommendations to patients.