Home » Weight Management » Functional Foods » Should You Juice Your Vegetables? 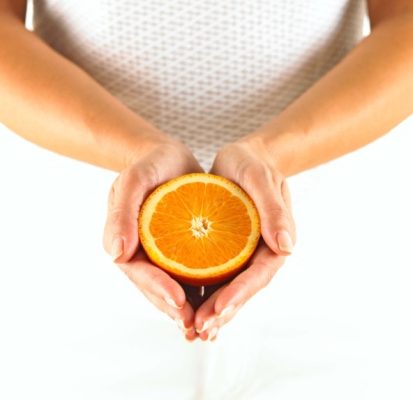 Mom always says “eat your vegetables”…we have plenty to choose from, both domestic and imported. Still, many North Americans aren’t eating a lot of veggies. For many people, the juice bar craze of recent years has been a substitute.

Make Sure to Eat These Healthy Foods

Saying “No” to Vegetables

There are five different flavors that we taste in food: salty, sweet, savory, sour, and bitter. While sweet and salty are the most popular, bitterness is the least likeable. Unfortunately, a lot of vegetables have a mild bitterness to them. Some people have more sensitive taste buds so they find it very difficult to include these types of food in their diets.

Dieticians and nutritionists say the proper amount of vegetables is about 5 servings per day. One serving is approximately one half cup according to the U.S Department of Agriculture. In recent years many Americans have turned to vegetable juice bars or to blending their own vegetable juice at home. They deal with the bitterness by simply adding a small amount of apple or pear juice to the mix. In some cases people combine fruits and vegetables to create a glass of juice. Millions of people skip cooked and raw vegetables daily and opt for the juice instead, but doctors say juice is just not the same as eating your vegetables the way mom intended.

While vegetable juice can be a good way to make up for missing your veggies, Clinical Nutritionists with the Mayo Clinic say that it should not be used to substitute vegetables on a regular basis. It turns out that vegetable juice is lower in fiber, which can impact your cholesterol, blood sugar and weight. The juice is also less filling so you will still be tempted to eat soon after enjoying your drink.

Those who don’t do their own juicing can purchase vegetable drinks at their local market or at any number of juicing bars. Part of the drawback though is that they could have extra sodium or sugar to quell the sour or bitter flavor created by the vegetables. This of course in excess is not healthy. It is no different than taking a healthy food such as broccoli and smothering it in butter and lots of salt.

The American Cancer Society have seen a lot of cancer patients turn to juicing after hearing proponents refer to it as a way to reverse chronic disease. The society says they haven’t found any strong scientific evidence to show that juicing is as healthy as eating vegetables. The Society has even stated that research suggests some vitamins can be destroyed during the blending process due to the creation of heat.

While we have known for many years that vegetables are healthy food, just this fall public health researchers in Europe announced that they discovered a link between eating vegetables and mental well-being. The findings, published in the journal, Social Indicators Research, showed that mental well-being peaked among those people who consumed 7 portions of fruits and vegetables per-day.

Earlier this year scientists in Scotland discovered that eating vegetables is associated with improved skin tone. During the study period, the subjects were not exposed to a lot of sunlight, did not wear make-up, use self-tanning products or self-tanning beds, and other diet factors were taken into consideration. The researchers concluded that the main factor contributing to the skin changes was the carotenoids in the healthy food.

While there is no great harm in the occasional vegetable drink, the feeling among doctors, scientists, nutritionists, and dieticians seems to be unanimous: It’s okay to use it as a substitute once-in-a-while, but don’t make it your daily routine. It’s still important to “eat your vegetables”.

Juice cleanses can offer numerous health benefits, so if you’re trying to find a way to boost your health we have many juicing diet recipes that can help detox your body at home. But first, let’s sort out whether juice cleanses work and whether you should do a juice cleanse. Continue reading…