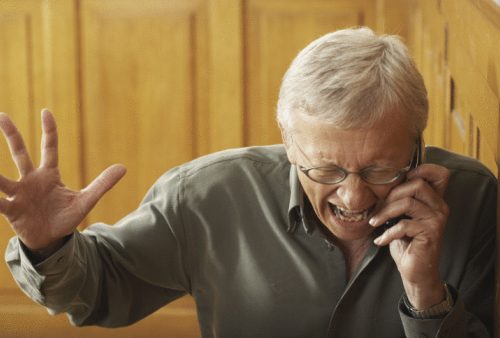 Bullying pertains to a form of victimization that involves exercising one’s power over another individual by exerting fear and harm.  The ultimate goal of bullying is to conquer another person, resulting in a feeling of helplessness.

The act of bullying often makes use of physical and verbal abuse that is performed repeatedly.  Several government and non-profit organizations have campaigned for the end of this negative social act, which often results in more serious problems among children.

The Act of Bullying and Abuse on the Aging Population

Although bullying can occur in various age groups, this type of abuse is more often observed among children.  Victims of these acts of abuse often develop emotional problems during their adolescence.  It is also quite saddening that certain of these young victims choose to keep quiet through their abuse, deciding not to report their experience of bullying to their parents and other adults of authority.

According to a recent medical report published in the British Medical Journal, the effects of bullying are often carried on through aging and that this form of abuse may eventual result in more serious consequences.  The proponents of the study wanted to determine whether bullying during childhood influences the risk of suicide and other forms of self-harm during aging.  Using a study population consisting of approximately 2,141 British children within the age range of 5 and 12 years of age, the researchers conducted an interview regarding this form of victimization.  The children were asked if they had any experience of being victimization by a peer, and if so, how many months or years did they go through this incident.

Information of Various Age Groups – Bullying and Abuse on the Aging

The information gathered from various age groups were then compared to find out if there are any trends if the effects of abuse were indeed carried across the aging process to adolescence.  The results of the study showed that approximately 2.9% of the study population, or 62 children tried to perform self-harm.  In addition, more than half of this subpopulation (35 children) admitted that they were victims of bullying.

The results of the study showed that bullying and its associated effects of a young child are often preserved within the victim and this therefore increases the risk of self-harm and suicide during aging.  The researchers theorized that the development of a disturbed emotional well-being among victims of abuse often deteriorate during the process of aging, thus resulting in a higher chance of self-harm.

RELATED READING: Cats and Suicide Risk – What is the Tie?

The victims of abuse were also observed to have other characteristics that have been brought about through the process of aging.  These include low IQ and poor performance in school, as well as deterioration in the interactions with members of the family.  Victimized children may have been struggling through those years of victimization, often finding no other form of escape from the suffering that they experience.  The study also showed that children who have undergone the unacceptable act of victimization consider acts of suicide and self-harm as a way to escape from the reality of pain, embarrassment, and suffering.  When these victims go through the course of aging, their outlook in life and the rest of their immediate environment seem bleak and thus they often end up desperate in finding a way out of their misery.

The medical report also showed other characteristic patterns that these victims experience.  These additional features may also further increase the likelihood of self-harm during adolescence.  These include physical maltreatment by a parent or another adult within their immediate environment, as well as the development of a mental health condition.  It may be possible that coupling bullying with other negative social interactions may influence the way a child goes through the process of aging.