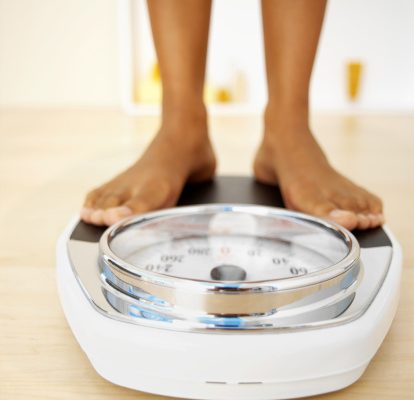 The findings further suggest that fibromyalgia treatment should include weight management in order to reduce symptom severity.

Study author Dr. Terry Oh said, “We see an association between body mass index with symptom severity and quality of life in patients with fibromyalgia. This was the first study to look at distinct groups of obese patients and determine how weight correlates with levels of symptoms and quality of life.”

Patients were also asked questions in regards to fibromyalgia symptoms and their ability to perform daily functions. The study revealed that as a patient’s weight increased so did the severity of symptoms associated with fibromyalgia.

Dr. Oh concluded, “BMI has already been singled out as an independent risk factor for fibromyalgia. Our results underscore the importance of incorporating weight management strategies in treatment programs for fibromyalgia patients.” 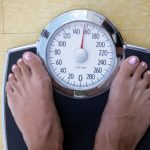 Lead researcher Paul Mork said, “Women who reported exercising 4 times per week had a 29% lower risk of FM compared with inactive women. Similar results were found in the analysis of the summary score combining information on frequency, duration, and intensity of exercise; women with the highest exercise level had a somewhat lower risk than inactive women.

Although the relationship between fibromyalgia and obesity is still quite unknown researchers suggest proinflammatory cytokines may play a role.

Dr. Mork concluded, “These findings, together with the current study, indicate that regular physical exercise, and thereby improved physical fitness, may serve as a buffer against the perpetuation of musculoskeletal symptoms that eventually lead to the development of FM.”


Tips to lose weight with fibromyalgia

Losing weight while being diagnosed with fibromyalgia may be challenging because the disease causes severe pain which may limit movement. Aside from limited movement other factors which can contribute to weight gain in fibromyalgia are lack of sleep, neuroendocrine abnormalities and even medications.

To combat weight gain and promote weight-loss with fibromyalgia these tips can help: 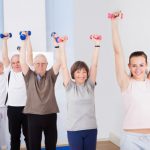 More recently a study found that exercise greatly benefits those living with fibromyalgia. The findings came from the University of Iowa where researchers explored female patients with fibromyalgia and the effects of exercise on their symptoms.

The researchers pointed out that initial exercise was difficult for the women as pain was a deterrent to exercise but once the women began and gradually moved up their intensity pain subsided.